Elsewhere on the internet there is a site which means nothing at all, and reflects some very different thoughts than this one. It's a rainy day blog, with no linkage, and little in common.
I started it as an alternate ego venture, sort of an experimental projection of what I would be like if I were not me, but obviously it must still be a reflection. This blog is a record of what I am and how I've grown for many years; that blog is more like a clean slate. There are very few posts there as yet; it has nothing important to say. Just occasional records of life in a metropolis by the water. 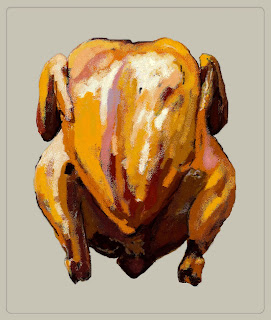 What if instead of being a middle aged Caucasian who smokes a pipe, likes animals, and is interested in food, I were considerably younger? Of indeterminate race, age, and gender?
I would probably still like animals.
And smoke a pipe.


The prospect of lunch would remain continue to excite.


A few years ago a regular reader accused me of no longer writing meaningful stuff, and just talking about food and other uninteresting crap like medications and pipe tobacco. He or she was furious. What had happened? Well, over the years I withdrew from several organizations, disassociated from people who had shown progressively darker sides, and stopped participating in their causes.

I changed my life.

What you will continue to see here is the person who eats many things with chilipaste, enjoys Hong Kong Milk Tea and the occasional pipe, wanders around this part of San Francisco, and says mean things about Republicans. Over there things are milder.

That blog is a much quieter side of myself.
With the same language spectrum.
But more private.

Now, how should that chicken be flavoured? Thyme and rosemary, slow roasted? Or garlic, paprika, and cayenne, perhaps with a touch of cinnamon and cumin? Both approaches are valid, and little roasted potatoes alongside with the juices would be good.
Asparagus or stirfried mustard cabbage?
Rice, of course.