The other day I checked the Facebook of someone I unfriended about five years ago because he was veering toward the dark side. Yep. He's still an asshole. Not quite Qanon level crazy, but borderline Nazi at this point. And, being the overflowing well of warm Christian kindness myself, I hope he dies and burns in hell. And his entire State. Which isn't South Dakota, a shithole of a place if ever there was one, but close. Damned close.

Originally I had friended him because he did lovely work. Good hands, a good eye. He had a sense of humour then. The closer we came to the end of the Obama years, the more off his rocker he and his spouse became. Like so many people, they eventually proved themselves not worth associating with, and like the long-haul trucker who defriended me at a while back because he believed that if Trump wasn't the second coming he was so close as to make no difference, his posts became ever more bizarre.

Again, as a kindly man filled with Christian goodness, I wish them all ill. Big buckets of horrid ill. Overflowing cesspools of it, plus digestive disorders, large abcesses in strange places, and so much redneck chicken every day for the rest of their lives that they end up puking without end.


Facebook is a damned good way of finding out if people are good or evil.

As just one criterium, avoid anyone who speaks well of Tucker Carlson.


Of the hundreds of people who are my FB friends, a percentage (single digit) are Christians, fewer are Republicans. Two are veering close to Qanonite; I'm watching them closely. 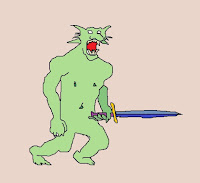 Only one of them is a troll. Sometimes.

No fried chicken was harmed in any way, or emotionally hurt, in the writing of this post.