As you probably know, I am quite white. So perhaps you can understand why I am outraged that Facebook took offense at my using the term "stupid fu7#*ng white people" and banned me for thirty days two weeks ago. Firstly, I was not making a statement about all white people, just the idiots. And secondly, some of my best friends are white.

Obviously, not all of us are from Arkansas.
Or Montana.

And none of my FB friends are, so who the heck among my circle could possibly take my statement amiss? I hardly even know anyone who shops at Trader Joe's, which was the immediate target of my ire that day, because a huge segment of their target demographic consists of stupid fu%5!ng white people who would think that black rice in tofu kimchi soup, which looks like baby cockroaches, is a darn good idea, besides being meaningful, woke, and sensitive to the tastes and feelings of the more spiritually green unwhites of the world.
B B 曱甴 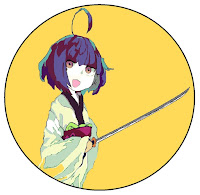 It's not like we white people are in any way endangered, not even the stupid f*5#%ng segment; there's a whole range, from Karen to Bubba, that f2%*3ng stupid as they are, thrives!


My apartment mate, Chinese American, bought the soup, looked at the stuff in the bowl, and threw it away. Hence the term B B 曱甴 (baby cockroaches). I myself, what with being silvery glowing white and all, had a bratwurst in Thai green curry with mustard greens and little red chilies, with toasted cheesy bread to mop up the juices, for dinner that evening. Very white food. My friend the bookseller -- the man who originated the phrase "stupid fe8$3!ng white people", by which he does not mean himself obviously, still uses the phrase but knows not to on Facebook, which often acts like stupid f8%^&ng white people who have gone all sensitive and sh8t and gets huffy beyond all reason, considering the contexts in which the expression "stupid 3ff!ng white people" would be likely to occur.

Pointless, in any case, because the folks most likely to take offense all watch Fox, have flocked to the dark web, or contributed the family fortune to right wing grifters and can no longer pay their internet providers, and can't spell diddly or have had their accounts hacked. Whatever, they've taken a scunner to Facebook. So they're NOT a significant demographic any more. Weren't to begin with anyway.

Except maybe Mark Zuckerberg.
He's so white it hurts.