Set lunch at a familiar place, followed by a longish walk. Which is good for the circulation and the digestion -- my doctor approves -- and perfect with a pipe full of tobacco -- my doctor looks crestfallen -- "is there no taming this old fossil?!?!? Dammit!" Well, um, no. The old fossil rather enjoys life. Pills and a coronary stent gave me my life back. What would be the point of not enjoying this splendid gift? To the fullest?

I am surprised at how many familiar people I ran into today, wherever I went. That's slightly disturbing, as I tend to prefer to watch rather than participate. But only complete strangers get to do that in Chinatown. One will be, willy nilly, conversationally co-opted.


It turns out nearly everyone involved in that meeting of minds with one exception was Toishanese, which wasn't clarified till after it was successfully concluded.
The conversation had been entirely in city Cantonese.

The exception finished his milk tea, paid up, and left.

No, I do not understand Toishan language.

I barely get by in English. 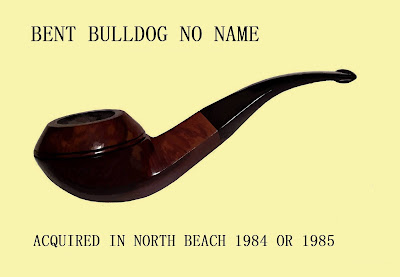 Brother Man (文哥 'man ko'), who had been sitting in the corner at his usual table, is also from Toishan, but the dialect he speaks when translating, interpreting, or explicating, for some of the people who come in to meet him there is so deep and different that I can understand even less. He's remarkable, though. Several languages, both Sinitic and totally foreign, including English. And he must have looked quite devilish as a young fellow. Even today he's a handsome chap. A pretty man almost, in a scholarly way. Anybody who has seen the movie A Chinese Ghost Story (倩女幽魂 'sin neui yau wan') will know what I mean.


Later, on Waverly Street, I met an old friend looking for 'Taai Sau Kam'. That must be a slangy handle for one of the businesses there, but I do not know which one, and I couldn't help her. Her directions said that it was near Sacramento, but neither one of us could spot the place.

She wandered off toward Jackson Street. I hope she eventually found it.

While in C'town after lunch I bought several 台山大包 'toi saan taai baau'; "Toishanese big buns", steamed buns with a filling of chicken mince and a hardboiled egg). We'll see how this rendition of it is. Since Yong Kee (容記糕粉) closed nearly a decade ago, and the lady who owned Fuk Cheung (富祥點心) retired (roughly five years ago), they've been hard to find.
I kept a few for myself and my apartment mate, and gave some to my landlady.

I'd say it was a "productive" day.