The weekend has seemed surreal. Partly a sensory overload, partly a strange mental state. It's not something that I can easily explain. What's definitely a contributing factor is caffeine, but not by any mean in excess quantities. And caffeine, nicotine, and highly refined sugar are the substances on which I thrive anyway, so variation in dosages would not have created that effect. I suspect another ingredient was the change in weather; it has now definitely become Autumn in this part of the world. Colder, darker, and a little bit wetter. 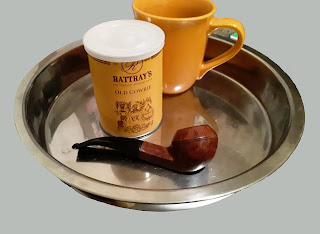 Also, in this particular case, guava candies from Guangdong Hong Yuan Foods Co Ltd.
You cannot see either the pastries or the candies, because they were eaten.
Not, strictly speaking, a balanced meal. But quite enjoyable.

The candies are those typical itty sweets that you find in Chinese homes. They come in a BIG bag. But they're small, and individually sealed in foil. Unlike American junkfood makers, who assume that you'll eat them by the handful and therefore package them in cheap cardboard boxes, Chinese manufacturers know that you want to believe that you're eating something special, cleanly made with care and attention to detail; the labour involved in carefully unwrapping each treat is part of the pleasure.


In the evening, rather than walking around the neighborhood to smoke, I prefer to stand on the front steps for a while, drinking in the streetscape. The lit windows opposite are reassuring. Several residents have their computer desks at their windows, and their teevees hanging from a wall. Directly opposite lives an elderly woman with multiple bookcases and drawn not-so-see-through curtains, the tenant above her has no curtains, and far fewer books. In the building two doors over, the top tenants are awake till late at night, then up again early in the morning when I leave for my first pipe of the day. Maybe it's just that their lights are on. In between those two buildings live people who throw parties, which may not be the brightest idea in these times.

Nobody in my building throws parties. So it's a nice quiet place.
Sometimes I hear kids voices in the hallways.
Not loud. Just there.


I know for a fact that I'm the only pipe smoker here.
And I tend not to make much sound.