A SILLY MAN IN THE DOORWAY

Like many people in San Francisco I tend to talk to myself, sotto voce, sometimes internally or mumblesomely. And nowadays, more than before, in languages which aren't English. So when I came home last night I remarked aloud about the local loony on the front steps applying his very bad approximate make-up for how he thinks a proper lady should look.
Which is, in his hands, fright-face ghastly.

Kijk, er is een zot in de voorportaal! There is a silly man in the doorway.
He's a regular quantity. I was surprised to see him on the loose so late.

I had been to Chinatown / North Beach for what was, before the pandemic, a regular weekly jaunt to see a friend over burgers and bar-stops. We've been doing it for many years, since the days when we both lived in the neighborhood and worked at a second hand bookstore.

For the first time in twenty months, the Pipe For Watching Rats In Spofford Alley (a Comoy Sunrise Billiard) was in use on its regular day, at the regular time. 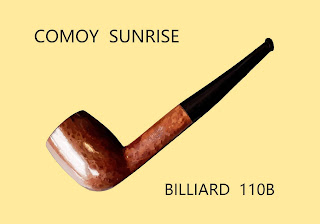 Usually, before meeting up after he got off work, I would smoke it while ambling through Chinatown. Last night's smoke was very enjoyable. Almost old times again.


My friend had beer and a glass of the rotgut red. Being an abstemious man I had soda and tea. We spoke of everything that happened in the past year and a half. There have been some losses, many changes. 2020 was, by all reckoning, a miserable year all around.

We didn't go to the karaoke joint, despite the dulcet sound of Mandarin ballads.

Which, surely, everyone appreciates?

It was good to see him.


There was a very light sprinkle in the air when we left.
We enjoyed our cigarillos on the way to the bus.


The loon in the doorway also talks to himself.
His cadences are peculiar. I did not listen.
He was talking into his hand mirror.
And adjusting his brassière.