THE WIND IN EMPTY SPACES

A person whom I know, who is refusing to get vaccinated against Covid because of information he found on Youtube, is convinced that Donald Rumsfeld was forced to commit suicide during a secret military trial at Guantanamo ........ which is either why Trump is coming back, OR you should ignore medical advice from people who actually know what they're talking about.
I have NO idea what goes on in some people's heads; it's like froggy in a blender.

He also puts his faith in something you can buy over the counter to protect him from Covid. Also because of something he saw on Youtube.

I've told him it was nice knowing him, which it wasn't.
When he dies of Covid it will be no great loss.

I may be heartless, but at least I don't have crap for brains.


If one insists that everybody is entitled to their own opinions, one absolutely must recognize that some opinions are absolute horsepucky. As daily conversations and the news both regrettably prove. 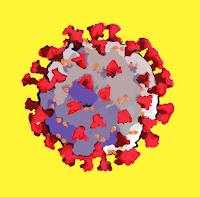 I do not begrudge rightwing conspiracy nuts the freedom to make their own decisions regarding vaccination. But I do consider them to be a public health hazard for anyone who comes in contact with them, much like gun-nuts, fundamentalist Christians, and Rand Paul.