You know that they're local when they're screamingly insane. A raggedy fellow having an angry fight with an invisible person in the park. Over beer. In Cantonese. That's clearly not a tourist from the Midwest. It was in many ways entertaining, especially as the out-of-towners were careful to give him a wide berth -- which may have been his plan all along, I wish I had thought of it -- but also sad, seeing as he so clearly was out of it and at psychological loose ends. Mental fabric all frayed.

When I left the park a policeman was gently interviewing another dishevelled individual. Not confrontationally, just in a firm but understanding way inquiring after his bona fides.
It's more constructive than other approaches.

On the way home, I saw a blonde person being put in handcuffs. 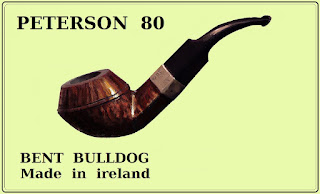 So all in all, it was a great smoke break.

I'm holding it together very well. Probably because I'm insensitive and not particularly social. Nor do I need to watch sports while vocalizing in a group. In that regard I am not a typical male. I'm very well able to not make noise all the time, and I have no need to watch ball games.

There were two games between local teams this past weekend, which was probably very good for pizza sales, as well as beer. Can't remember the teams, nor who won either contest. And because of social limitations imposed by the pandemic, I will not need to listen while other people tediously and in obsessive detail dissect the games.

Honestly, sports and fans bore me. I find the company of such people repellent.
Watching paint dry is considerably more engaging.

So is seeing someone lose a fight with an invisible person.