LAST PIPE OF THE NIGHT

As I often do on Wednesdays, I dropped by a local bar where I know several of the staff members before the final pipe of the night. Had a ginger ale while observing the crowd (half a dozen people in a place that in pre-pandemic times was packed). A muscle bound gentleman in a leopard print dress that showed off his pecs and his thighs. A painted tranny. One of the local slow people. Two Vietnam vets. One or two others. After an hour I loaded up, left, and lit up.
It was calm, quiet, on the street. Not even a line outside the donut shop.
For me, this is ideal. 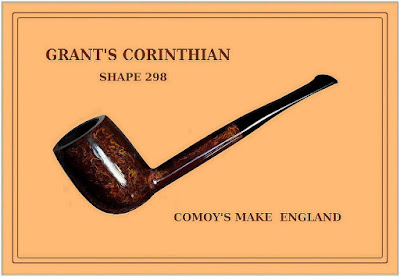 The first pipe of the day will often be some time between six thirty A.M. and eight thirty. There aren't many people about at that time, and they're engaged in their own business. For many Caucasians in the neighborhood that seems to be affectionately picking up dog poo, for the local elderly Cantonese it's as brisk a walk as they can muster (I know the feeling, my legs are a bit crappy too), and in the case of 'Auntie with the cheerful pistachio-hued hat', that's actually a pretty good clip. She's used the pandemic time to get healthier and more energetic.


This pandemic has definitely affected people's social reactions. They have become goofier, more discordant, and testier in their behaviour. It's almost like they are unlearning rote interpersonal habits in some ways.

Never having been fully socialized, I find I function better. There are fewer demands on me than before, and routine politeness is natural. Many people seem more human.

Plus the advantage of a facemask is they cannot see what I am silently mouthing, and there's little danger of me seeing their lips forming an obscenity either.


For over a year I didn't go to restaurants in Chinatown. I missed them and the people there, but in passing by I could see that, more or less, they were maintaining. They're still around, with much the same staff. Some people no longer work there, and eventually I'll find out what has become of them and what they're doing now. Masks are common there (except for the tourists, who are blithe), probably because of concern for the elderly and the very young, and a solid common sense realism about disease and infection. Despite tourists (and their exposed breathing organs) I feel safer there than in many other parts of the city.

But actually that hasn't changed.
It was always that way.