This blogger was this old when he found out that a Cantonese expression for 'beer belly' is 將軍肚子 ('jeung gwan tou ji'; the general's stomach). Which paints quite the picture. Imagine a warlord with banquets. Lots of banquets. And junior officers with smaller stomachs.

It takes guts to be a warlord.

As well as beer. 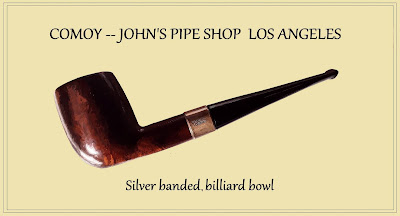 Currently smoking something very old fashioned in a pipe that's older than myself, while thinking of those good old days when all doctors smoked Camels or recommended Luckies, which I never experienced, because despite the spattering of salt in my pepper I'm actually rather young. Methuselah hadn't yet achieved anything when he was my age.
He was still a youngster when his grandkid Noah was born.
Barely a few centuries old.

On a different note, my apartment mate still accuses me of being a scrawny bird. Despite the presence of a stomach. Which is minor, but once the body gets a little older, inevitable. Over time she has become slightly more like my maternal grandmother, who joyfully exclaimed over "nice healthy children" whenever she spotted an obese little turd, not realizing that beerguts on five year olds were signs of overfeeding and a lack of self control (probably by its parents).

She's probably more mentally used to me when I was heavier. Which was an earlier time, before two hospital stays two years ago. It never came back, and I do not see any compelling interest for it to do so. I'm perfectly happy being a scrawny old git.

It's all that clean living, boys and girls.
I've never been a beer drinker.
I am not a general.


"More doctors smoke Camels than any other cigarette. Yes, in a repeated national survey, doctors in ALL branches of medicine, in ALL parts of the country ... "


The best thing to drink while puffing a pipe is tea. Or Scotch. But I've always disapproved of alcohol before the cocktail hour, and I avoid liquor nowadays in any case, so it's tea.
Getting to sleep at night is slightly problematical.

Many doctors are probably tea drinkers.
Military men, not so much.
Just a guess.