Doctors, as is well-known, disapprove of smoking. Even if like one medical man I know they're wearing a nicotine patch. Cardiologists are even more so inclined, due to the deleterious effects on the heart and circulation that may ensue. So I think the expert I saw today may have been somewhat startled when, in preparation for the treadmill test, it became evident that underneath my rugged outdoorsman plaid shirt was an advertisement for cigars.

Only ONE of those categories is inappropriate for a doctor's office.

After it was all over, including the treadmill test ("stress test"), which involved being bare chested, with wires glued to skin in various places -- probably the third time in my life I've been wired to the tits -- we scheduled a lower arterial doppler for next week.
We will find out why my left calve aches after exertion.
It's probably a circulatory issue.
This should be fun.

So. Cardiology appointment, bit of shopping and lunch in Chinatown after getting back from the hospital out in the avenues where the cardio vascular office is, as well as, today, three pipefulls of fine tobacco. Filled and lit up as soon as I was outside. Actually needed coffee or something, probably a bite to eat, seeing as I don't eat breakfast in the morning and it had been over eight hours since I got up, but I don't associate non-Chinese food with leaving medical buildings.
A doctor's appointment, if before lunch, must necessarily be followed with something comforting and familiar. That's just the way it is. 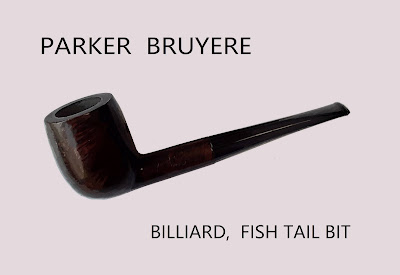 The pipe that followed the medical interlude
There were far more of my fellow Caucasians in the restaurant than I had expected. Seeing as I do not know if they've just come from the plague states or take idiotic risks, I tend to avoid the company of white people. If you've paid any attention to the news these past few months, you know that they're crazy. So I sat well-away from them to enjoy my pork liver congee (豬肝粥), fried oil stick (油條) and milk tea (奶茶). All of which was excellent. I will not mention the name of the restaurant, because while I do indeed want them to prosper, I do not want anymore stupid kwailos in there.

The pipe that followed lunch
Perhaps the next time I'm at the heart office, I should have the angry red panda tee-shirt on underneath. A furry creature having a temper tantrum is probably more appropriate.
I'll save the cigar shirts for the eye doctor appointments.
Nobody will notice them there.