PUSHING ENVELOPES THAT SHOULD NOT BE PUSHED

Quite a while back I engaged upon a campaign of tormenting a tobacco purist coworker by smoking all the Sutliff Aromatics on hand. It was quite a voyage of discovery, which taught him that in some ways I'm a ruddy pervert, and taught me that the tears of tortured souls can be delightful. I'd light up a bowl of something horrendous, he'd retire to the far end of the room moaning in terror, and peace would reign.

Actually, he was fairly tolerant of my peculiarities after an initial shock, and I learned all about tongue bite.


Reviews of those tobaccos may be found here: REPRESENTATIVE SAMPLES, BUT SKEWED

There's no way in heck I'm doing that again. I may be Dutch, but that much of a pervert I'm not.


Today was a much nicer smoking day. Morning: Red Virginia with a touch of Perique.
Delicious. 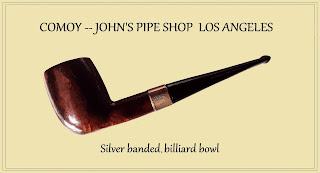 Early afternoon: Red Virginia with a touch of Perique.
Delicious. 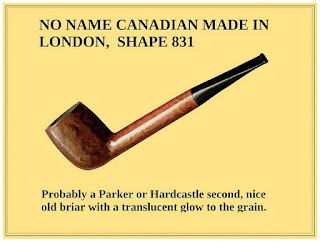 Tea-time: Red Virginia with a touch of Perique.
Delicious.

Most of the time I'll claim to being a puritan and a purist myself, asserting that I shall not touch an aromatic, perish the thought, that way lies damnation and a pact with the evil one. But when Bruce dropped by late in the day, we ended up comparing notes on our favourite degenerate compounds. Ennerdale and 1792 (him) versus Erinmore and Astleys No. 5 (me).

Mostly, both of us tend toward nice clean innocent flue-cured tobacco mixtures however.
But sometimes we indulge in sickening decadence and moral decay.

These are benefits of a classical education.
The tastes of Nero and Tiberius.


Good tobacco should NOT smell like a Roman bath house.
But sometimes, it does.