We're not yet even in to September, and already pumpkin spice things are showing up on the shelves. Because, in the retail world, stuff needs at least two months of availability for it to be worth making. I myself, after one or two tries, gave up on the whole pumpkin spice thing years ago -- pumpkin is not really edible, and one slice of pumpkin pie between now and New Years will do me for the season -- but each time I am amazed at the pervasiveness of the moral decay reaching ever further.

Mary in North Carolina decorates her house and garden with it. She lives for Hallowe'en time.
Trever, a carver of brilliance in the same neck of the swamp who channels for Godzilla, does a series of Hallowe'en briars every year celebrating pumpkins and their spice.
Frank Herbert wrote a six part trilogy about it.


I am still on the fence. As a personal fragrance it does not quite hit the spot, as a Starbucks lattucino flavour it doesn't do much for me, and as a dominant note in pipe tobacco it seems like a fairly good reason for unleashing World War Three. 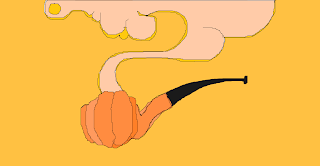 There are tobacconists out there who believe that pumpkin spice is the seasonal flavour which will put them back in the black each year. And customers who think that one pouch of pumpkin spice tobacco will make having their syphilitic elderly relative indoors during snow storms sort of tolerable. "Surely", they will say, "if Obediah smells pleasantly of pumpkin spice, we won't notice the tobacco or the sweaty frowst from his unwashed tweeds that he's worn since the seventies?"

Good luck with that.

From a vivid comment string on a pipe smokers forum, some other tobacco suggestions for disguising the powerful aroma of Obediah, his festering sores, and those eternally damp discoloured tweeds, in no particular order:


After several years of you lot gifting him with this shite, Obediah hates you, and has purchased woolen gloves, mukluks, and a Canadian overcoat. He'll take his chances on the blasted frigid moors during the winter months, and will politely refuse that slice of pumpkin pie you put out on the front steps. He's learned his lesson. You (his loving relatives) are vile and irredeemable.
He plans to enjoy the company of loose women and drug pushers while tromping over the heather on Nob Hill in a howling snow storm while little birds and butterflies die.

It will be fun.

My relatives in Canada will probably pleadingly invite me to spend the holidays with them.
It's arctic in Calgary. They are non-smokers.

I am presently enjoying a lovely bowlful of Cornell & Diehl's Derringer in a classic old briar. 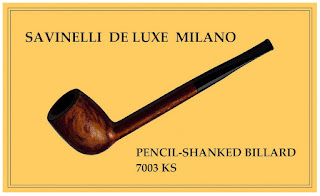 This morning, Nob Hill was wreathed in fog. San Francisco can be quite nice when the rest of the state is burning up; we have a different climate, and no forest fires.
When not at work I thoroughly enjoy living here.
Even in winter, when it's cold.