The dulcet sounds of Mandarin ballads about despair and heartache were audible over a block away, where I waited for the bookseller to get down to Chinatown after getting off work. Which indicated that, perhaps, there were no kwailo in the place, or if there were, they would not be singing and might actually be gone by the time we got there. But first, cheese burger, boxwine, and soda at the old place, then beer and tea around the corner on the mezzanine. I'm the soda and hot tea. Due to a conflict with some pills I take everyday I decided three years ago not to risk it, and haven't touched a drop of alcohol since.

Being basically a cheapskate, like all Dutchmen, I gloat over how much I'm not spending.

But I do not begrudge anyone their drinkies, and find that most of my fellow white people are more bearable and less inclinded to bizarre aggression when reasonably happy, and if smoking pot or drinking till sozzled regularly will effect that, very well then.

Unfortunately this may cause them to sing despite a lack of any talent at a karaoke venue.
As veterans of the Encore on California Street well know. Sadly, that place was a victim of the pandemic, and has been closed since early Autumn of last year. There were some mighty fine drag queens who sang there back in the day, which basically made the pretendeurs at least tolerable when they went up on stage. But nothing makes Sweet Caroline or the Oakland Booty song bearable; Bart Simpson inflicting his problems on all of us.


I am not an fan of karaoke. Drag queens do it best.
Beyond that, everyone else better not.


I was at the usual spot andd had just finished smoking my pipe when he arrived. 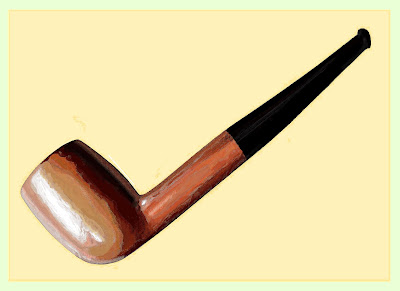 THE PIPE FOR WATCHING RATS IN SPOFFORD ALLEY

Per the custom of several years now, I arrive in Chinatown early and smoke my pipe for a bit while wandering through the alleys en-route to the rendezvous. Hence my being able to hear the sad wailing in Northern Chinese from a distance.

Alas, by the time we had burgered and beered, the Caucasians had taken over, and we decided to give the place a miss. It's good to see things returning to normal as the pandemic fades, but that unfortunately also means 'Welcome To The Hotel California' and 'Landslide' by Stevie Nicks, and songs far worse sung by Marketing Department types, as well as drunken white behaviour.

We've gotten older. That no longer thrills us.


There probably are old people, far older than ourselves, who are positively giddy at being surrounded by drunken twenty-somethings attempting to sing. Their trouser seats are moist with excitement at the concept, the frisson of lithe young beerguts all around makes them feel alive again. Oh savage joy; they drool senescently, and their hands shake.
Us, well we're just here for the conversation.
Not the music or the meat.

I was home again and cruising the internet for memes, cute kitten pictures, and conspiracy theories, well before midnight.