A period piece, set after the end of the World War, when the Communists and the Nationalists were in conflict. And it also involved Americans. A striking youngish woman, who we now know was working for the communists, investigates the assassination of an American military officer. Darn well everyone else is also investigating, and none of the various sides are at ease with or in harmony with each other. Several people you originally thought were on one side turn out to be on the other, generations of a family are in distress and at opposite ends, and people find lost relatives or realize what they lost. Good sets, cold weather filming, well done costuming, and atmospheric. Family, friendship, love, high emotion, good versus evil, betrayal, and snazzy clothing. Very stylish, excellent cinematography, in five chapters.

Apparently five chapters translates to at least forty hour-long episodes.
One of which was on the teevee in the corner.

With five middle-aged businesmen, probably from the Midwest, wailing karaoke over drinks. So the only way to make sense of the drama onscreen was to read the subtitles and ignore the distinctly undulcet old boy noises. Fortunately they were so off key and out-of-tune that they didn't ruin any songs for us; we couldn't recognize what songs they sang.
You know white folks shouldn't ever sing karaoke, right?
It's nasty and lowers the men's morale.

It's criminal, is what. 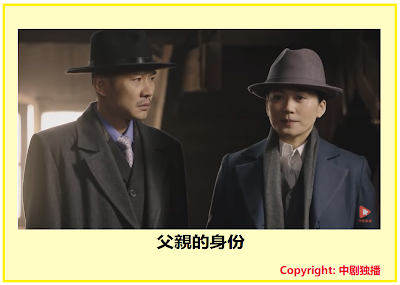 From the internet I learn that there are two daughters involved, one father, plus a university professor. There is lying, spying, and conflicts of emotions and ideology, just like Trump's America. In that sense the caterwauling at the other end of the bar was fitting.

In past years the teevee screen now occupied by men and women in uniform had been filled with a buddhist abbot explicating sutras. Over the years we got to see him progress from old geezer with owly eyebrows to relatively young looking middle age, but always with the same serious trustworthy demeanor. No, I have no clue what he was on about.


The borderzone between Chinatown and Northbeach is different these days. Some of the skeeviest businesses catered almost exclusively to out-of-towners, and have closed forever. The emptiness is striking. There are still marginal types and nuts, and businessmen visiting the city still have adventures that they may not clearly remember.
But it's more locals, though less people.

It was quite cold last night while I was enjoying a pipe before meeting the bookseller after he got off work. My finger tips turned blue despite my gloves (Raynaud's syndrome), and I was glad to get back indoors. Weak tea -- Americans do not excell at tea -- made pleasantly puckerish by the bitterness in the peel of a lemon wedge. Fancy water glasses at the bar.
I assume that the Jameson's tasted welcome, though I did not have any myself.
I don't mind the change.

Could have done without the singing. But it's part of the tradition.
Just pretend it's tribals in the hills festivizing.
Midwestern buffalo sacrifice.

It's cold out in the border lands, gringo.
And I can see Russia from here.

If there's an elk sitting in your kitchen just looking at you, you have an infestation, and might as well abandon that apartment. Don't argue, just assume that it's a lost cause, and move.