California no longer requires masks on public transit. Good news for selfish people, yuppies, egomaniacs, psychos, and Republicans -- a very tight Venn diagram -- and so-so news for the rest of us. The chances of catching sick on the bus just went up.
Wearing a mask is something you do if you don't want to spread disease to other people, like the elderly, the immuno-compromised, and the very young. And white people have over the past two years overwhelmingly demonstrated that they don't have that level of social responsibility.

Even though I got my second booster shot, I shall continue to wear a mask in public and on the bus. One of the reasons being that I do not trust my fellow human beings worth squat. Another is that I would far rather not be part of a chain of transmission that puts someone six feet under. Which is a personal choice, I realize, and many other people will deliberately choose otherwise.

The next pandemic should be a real doozy.

The San Francisco Municipal Transportation Agency has said that it strongly recommends that people continue wearing face coverings. Chances are that the overwhelming majority of non-Asian Americans will choose not to, gaily disrobing, dancing, and singing songs of freedom while breathing moistly in other people's faces. White people have always spread disease, we do that very well. It's part of our puckish charm.

Planes will be fun for the next few months; enclosed spaces, re-circulated air, Karens ....... 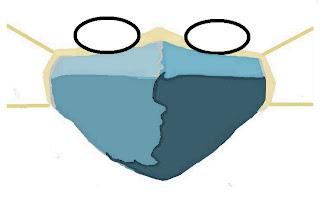 By the way: California, Hawaii, and New York have the highest life expectancies. Alabama, Arkansas, Georgia, Kentucky, Mississippi, Ohio, Oklahoma, South Carolina, Tennessee, and West Virginia have the lowest. Might have something to do with politics and religion.