CAN WE ALL PLEASE AGREE ON CAKE?

This blogger approves of some lesbians. As well as some gay men. Adults of all mutual consent-driven sexual preferences, really. Provided they are normal about it and don't treat it like a handicap that gets them special treatment on the bus. Basically, whether an individual is straight or gay makes no difference to me if it never forms the subject of their conversation in gross detail. And as long as Bubba doesn't disquisition about the glories of Peggy Sue's glowing globulous boobies, there is no reason to even consider his choices.

People in Florida stress about such things.
This is San Francisco, not Florida.


That said, I believe I know two lesbians. That's down from an all-time high of a dozen. That they were lesbians became apparent when they introduced me to their significant others or their exxes with whom they were still on good terms.


There is only one person whom I know who is in between genders. They are part of a social circle that's a bit spread out now, but used to be much more geographically localized. Someone else in that circle has completely transitioned.


People's dietary preferences are a distinct problem, however. The fact that Joe cannot eat fish, Terrence believes gluten caused his psychological issues, and Vanquisha has gone all vegan, well, that's kind of limiting. And we shall not speak anymore of the person who kept screaming that non-ethically sourced beans were murder whenever we met for caffeinated beverages and high refined sugar content snacks. He/she/it is also on a high horse about sugar being colonialist exploitation and that anything made with industrial wheat flour supports the old white patriarchy and is oppressively Euro-centric.

They're a ball to be with. And naturally self-excluding. 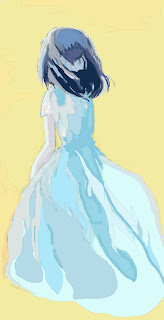 Here's a picture of a slim person who might identify as female, of several possible ethnic derivations, who could be anywhere between fifteen and one hundred years old whose sexual preferences (and dietary weirdnesses) are completely unknown.


Let's assume that they are not a bicyclist in Marin County.
I would not associate with them if they were.
That's too sexual.

On an irrelevant personal note, I sure hope that they don't smoke over-the-top aromatic pipe tobaccos in their briars; there's just something just too sickening and depraved about a preference for such nasty things. 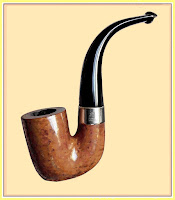 It's almost as questionable as pouring flavoured syrups or sprinkles on a cup of coffee.
Raspberry hazelnut lattecino? Twisted freak!