NO COBB SALAD EVEN AFTER COFFEE

Okay, I'll admit that today's first venture into the interwebs with "opinions" was unpleasantly meanspirited. Even though I'll blame the grumpiness that comes naturally with waking up cold and alone in a dark uncaring universe, as well as displeasure at being ripped from warm comforting dreams in which everybody spoke Dutch. And it was before I had had my first cup of coffee or a walk with a pipe. I'm not fully human until then.

I still don't like the rest of this country, or the world.
Y'all dress funny, smell bad, and eat too much.
Plus far too many of you are scrotums.


Normal Old Dude is several years my senior. He leads such an exciting life. I have never had a Cobb Salad. My salads are blanched vegetables still crisp enough with spicy dressings that contain peanuts, hot chili paste, tamarind, and fish sauce. Plus only a touch of palm sugar. Acceptable shortcuts are a small amount of peanut butter, a very large quantity of jarred sambal, and a hefty squeeze of lime juice. Lalap, tjagaroan, gado gado, petjel, lotek, or similar preparations. Easy to do casual snacky home style. Kind of Indo.
The Cobb salad sounds far too complicated.

I suspect Normal Old Dude would quail at the thought.
It is doubtful that he knows about sambal.
Which goes with everything. 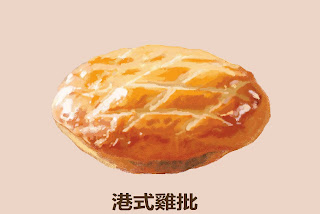 If it weren't for Huy Fong Foods and their excellent products, life in this country would be impossible. That, those, plus strong tea, buttered toast, fine British marmalade, anchovy paste, and flake tobacco for my pipe, keep me going.


My legs are decent. Fairly muscled, not sweaty, rarely bare.
Shorts on mature men are in bad taste.