Somehow you know you're "old" when a friend posts that he has a huge abscess on his neck which needs tramadol for now and lancing for soon. And then, before anything else, you look up what otorhinolaryngologists, otolaryngologists, and ENT surgeons are. After that someone else jumps in with a recent squamous cell excision on his own neck.
Thanks, guys, I didn't even blink.

The other thing that tells you you're old is when you review your own recent contributions to internet conversations and realize that you might as well be channelling for space aliens.


The following remarks are all 'me' centered.

It's good that you know the effects of alcohol on how you behave. Personally I've avoided pot for nearly four decades (doesn't do anything for me and wastes hours not doing anything), and for medical reasons I avoid alcohol now also. Mostly I rely on caffeine for a "high". And I'm probably insufferable at those times. But in SF 4/20 is a happening. I detest happenings. And crowds. I avoid Saint Patricks Day and Cinco De Mayo for the same reason. FYI: I have never gone to a rock concert either; loud noise, mobs of people..... mmmm, no. A nice quiet coffee shop on the verge of going out of business is my ideal environment. There are never enough of those.

My Calvinist ancestors would flip out and go ballistic if members of those other depraved heretical allegedly Christian sects tried to sing at them. And, essentially, bash them over the head with their own beliefs, about which they had, until that moment, kept silent.

April 20 (4/20) as is well-known, is the day when hippie Americans celebrate the glories of "alternative medicine". And tobacco is a cure for both migraines and haemorrhoids. As a long-time user I am mercifully free of such things; they plague Berkeleyites and other puritanicals constantly, I believe.

I clean up and restore used pipes. You cannot catch cooties from them afterwards, and it's unlikely that they will have any remaining taste of the tobacco that was smoked in them. If the inside of the bowl was in good condition after years of use it may very well be the best pipe someone will own, and provide many more years of excellent service.

My mother would be shocked that I'm wasting all my wordsmith skill on stuff like this. Instead, I should be offering a friend who is visiting Iceland linguistic tips on how to make friends among the locals and avoid getting clobbered by trolls. 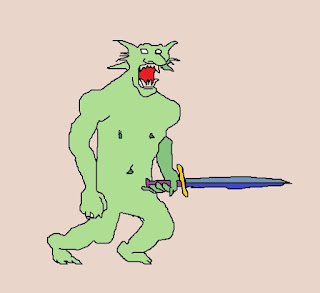 There are a lot of individuals who look like this in Iceland.
It explains why they're so good at certain sports.
Everyone else there looks like this. 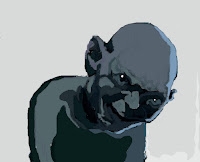 I have to wonder if my mother would have used social media if she had lived this long. In her day, it was still typewriters for theses, reports, story and article submissions, and handwritten notes for very much else. Plus mimeograph machines.