GO BACK TO AMSTERDAM!

Apparently I'm just a damned foreigner and I had better not say anything. Because having opinions that differ from red-blooded Republicans in any way at all can be hideously offensive, and actually rude! And, in fact, I should go back to Amsterdam.

Just shut up, and go back where you came from.

Which I did. I'm here. I was born here. My parents were citizens, so were their parents, and both sides have been American a long time. But my mother and father were always called foreigners, having been born abroad when their parents were in Europe (American military) after Word War One. When I was two we left Los Angeles and went to Holland for several years. Which, coupled with my accent, makes me a foreigner.

Of course in Holland I was a foreigner. And, as it turns out, being an American in Europe from the late sixties till the late seventies, when I returned to the United States, was incredibly offensive! Horrid Yankee subhuman! Why, I should go back where I came from!
Which I was told repeatedly, sometimes with force.

The first year I was back where I came from, I was told to go back where I came from.
Very many times. Being foreign in some circles was almost a criminal offense in those years.
And telling the damned foreigner to "go back where (he) came from" was the default position that people happily and easily fell back on in any discussion when one didn't agree with everything the true-blue American said (no matter how ridiculous).

A classmate informed me that they killed people like me where he came from. That being some sh*thole burg in the Central Valley. A region which I have avoided ever since then for some reason. I understand that like in all of the American heartland there are some very sincerely nice people there, real Americans, and I should visit sometime.


Everyday that I do not stick around the Chinatown and Northbeach area, where I remarkably am a human being, someone chooses to impress on me that I am utterly foreign. I've had an American passport since I was born, but I am still a foreigner and there are many things that as a foreigner I have no chance of ever understanding, at all. And although English has been my first language my entire life -- and I speak better English than many people here -- having an accent means that I cannot grasp certain basic verities which all true Americans know instinctively. The accent is a barrier. It prevents my comprehension. Not theirs, mine.

It's a miracle that I manage to transact any business at all during the day.

I also speak Dutch better than many Americans speak English.
Some of us foreigners are actually pretty clever.
It's part of our unreliability. 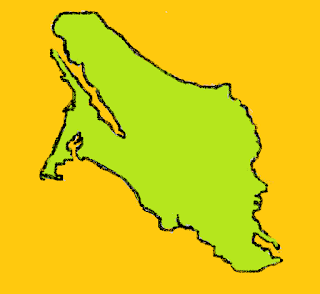 The person who told me to go back to Amsterdam is a salt of the earth all American boy from Marin County, which is the centre of the universe and its own little bubble, where proper values rule for the right kind of people, who recognize who is and who isn't.
He knows all the pop music from the sixties and seventies.
And he loves American football.


A real American, in other words.