On FB, one of my friends used an image that obviously originated in a manga, and which, apparently, is now also an anime. Which is why I wish to have ice cream cones banned.


Wikipedia: Spy × Family (stylized as SPY×FAMILY) is a Japanese manga series written and illustrated by Tatsuya Endo. The story follows a spy who has to "build a family" to execute a mission, not realizing that the girl he adopts as a daughter and the woman he agrees to be in a fake marriage with are a mind reader and an assassin, respectively.

Cones are a danger to society. Nobody should risk one while walking. Big bucket, or not at all. Because, as you can see from the illustration below, they are an accident waiting to happen, and the resultant distress is potentially immense. 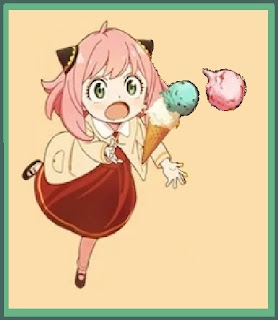 This is one of the most shocking images involving a child imaginable.
As well as every parent's worst nightmare.

Why would a merciful deity allow such a thing to happen? Why?!?