SOOTHING THE SUBURBAN WOMAN WITHIN

Apparently one of my pipe smoking cohorts is traveling around northern Syria or Iraq now, dodging bullets and homicidal Wagnerian mercenary psychopaths for entertainment.
He's older than I am, and a little more adventurous.

I doubt that he went there out of any suicidal urges. He probably decided that he needed a break from all the people in Northern California who start screaming about little puppies and dolphins you babykiller every time you light up a pipe in the suburbs. Where weed and alcohol usage is rife, and accepted as normal.

He speaks one of my languages and served in one of the "colonial" wars that were common once, so he can probably take care of himself, and may have a bone to pick with the side that all rightthinking Europeans and Berkeleyites instinctively supported.
Though I doubt it.

Shan't mention which language or which war. Y'all still have a bug up your rear ends about those things. No need to trigger you gentle folk.

Anyhow, I hope he returns soon. Haven't seen him in a year. He'll probably be re-energized and more likely to offend suburbanite earthmoms than ever before. 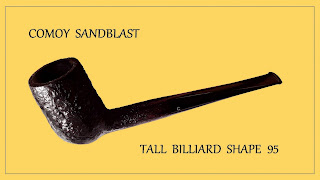 Slight tangent, someone this afternoon complimented me on this pipe.
It looks all spiritual or something.

If this pipe had eyes, it would have seen things that could send earthmoms, puppies, and whales, screaming for comfort to their bowls of warm tofu.
I've had it a while. It's been around, so to speak.
It's even been near comforting warm tofu.
Not in it. Just near it.


Freshly made pudding tofu with small tapioca pearls and red palm sugar ginger sauce can be very comforting when it's over a hundred degrees during the day and unbearably humid. Try it sometime when you're traumatized by tobacco smoke in lieu of weed and cocktails.