WE SAIL AT DAWN

Reflecting on products that evoke a time and place, naturally I remembered James Keiller & Sons Dundee Marmalade. Like Frank Coopers Oxford Marmalade (both original and coarse cut), it speaks of a far quieter society. One in which taciturn individuals calmly and thoughtfully started their days, perhaps reading a newspaper which was well-written and a few days old, because it wasn't delivered to the hinterlands till the train had brought it in from a major metropole, and the delivery person dropped it off on the front door step.

The International Herald Tribune, delivered to our house in Valkenswaard. Good marmalade and good tea also had to come in from outside. Good coffee was a given -- the Dutch have always had a fine tooth for that -- but some things were not that common.

Brands with English texts were, unfortunately, often limited to whisky and gin. For people who drank cocktails. Many other products had French on the label. Dutch too, of course. 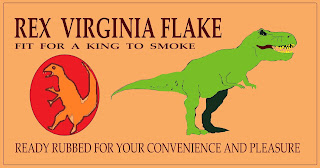 A kinder gentler time, with tenuous supply lines and more limited availability of many things. If it could not be found locally, one made it oneself or ordered it by post from England.
Or one made do with something else entirely.


There's cardamom in my coffee. I did not know what cardamom was till my twenties. Here in SF one finds it at Indian and Middle Eastern stores, because it isn't much used by the locals.
Kapulaga. Elaichi. Elaka. Ha*il.