First thought on seeing what we have for icecream was "good lord she's turning into a white woman!", folllowed closely by "is nothing sacred to her?" Reason being that it was non-dairy cold brew with tapioca balls. That's three hippity-hip concepts linked right there which should not be uttered in the same breath. The apartment-sharing person being a lactose TOLERANT Chinese American female who is resolutely un-hip. And quite enjoys butter, milk, cheese, yogurt, and icecream.

Non-dairy cold brew with tapioca balls sounds like it was invented with the yoga dilletanting twenty-something Lulu Lemon shopper in mind. Or the Marina crowd. 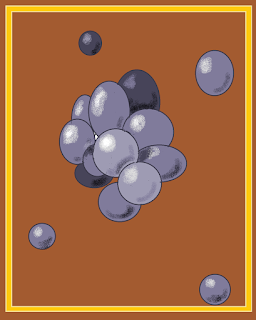 The turkey vulture insisted I have some. Because he was hungry, and not only did I not bring home any fatty inner thighs from a cadaver for him to feast upon -- he suggested I go out and club a street person, "pretend they're a baby harpseal and this is Canada" -- but I also refused to pick up little hamsters for his dining pleasure. And furthermore, I had NO interest in frying up a porkchop reserved for me in the refrigerator, as I had eaten lunch late (it had been a busy work-day, I scarfed down my sandwich after four o'clock, so right at tea-time).


I'm sure it's just an exploratory phase she's going through, maybe influenced by all the white women surrounding her. A voyage of "gustatory" curiosity. It's only a day or two since she was dreamily talking about dessert at a favourite Chinatown restaurant we both like -- she went there for lunch before covid, I would go there for dinner -- which was Jello and icecream.
Red flavoured Jello, cheap vanilla icecream. So good, so good.


I tried some of the non-dairy cold brew balls stuff.
Not bad. Not bad.


Might have some more when we run out of blueberry cheesecake icecream.