The anti-vax trogs showed their a**es recently at a town hall meeting for Rep. Jared Huffman in San Rafael on Tuesday. It was, as you would expect, a typical Marin manifestation, and filled with rabid earthmothers not wearing masks. Rep. Jared Huffman handled it as well as could be expected. He was very patient with the Lauren Boeberts and Marjorie Taylor Greenes.


"The mob was rude, aggressive, and determined to verbally and physically prevent us from proceeding, essentially daring us and/or the police to try and remove them, which we declined to do. Thankfully, other than pushing, shoving and screaming, they stopped short of violence."
------Jared Huffman


"All the ferrets died; no passports no way" -- what does that even mean?

If there was ever a need for heavy handed police violence, this was it. Should have clubbed the Trumpite scum into silence. And personally, I'm all for "medical segregation", if it keeps the idiot earthmothers out of my space. 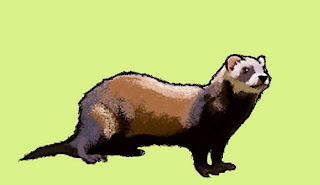 When all those wannabe pestilence spreaders in the rightwing hippie areas of Marin die, I will be overjoyed. Them and their entire verkrampte retrograde rightwing "we're white we're privileged they can't do this to us" superioristic ideology.

Screw them, their beliefs, and their BS.
Covid-denying mob.
Magites.


Get bent, Chad and Karen.