THE BEAST OF DISDAIN

Once they've reached a certain age, cats no longer want any of your tuna, or that slice of pizza you left unattended. They want to discuss Hegelian dialectics, and they'll stare at you angrily, disappointed. They are sad because you sold the two volumes of Hegel you had in your bookcase since the Berkeley years.

What, they seem to say, is ontology meaningless?
Does idealism mean nothing to you?
Have you no soul? 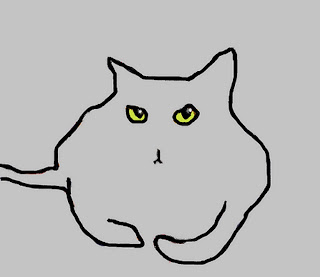 
Truth be told, you got the cat because you wanted a companion. Not an intellectual superior who would make you question your existence. The furball is exactly like a highschool smarty-pants you sought to avoid during those final years, and sneers at your lack of a brain.
He knows what you've been hiding from everybody.
You have never read Klopstock!
Pretendeur!

He lies upon the couch looking at you with loathing.


Both my cat and the couch are perfectly imaginary. I have not had either since my time at college. Nor have I delved deeply into Hegel, having discovered that he was too theologically minded early on. Philosophy and religion -- any kind of belief system, really --seem to be at permanent odds; ideology and reality do not mesh. They are mutally ambivalent.


Both the imaginary cat and the fantasy couch are tools.