Somewhere some Mexicans are laughing their heads off. Having goodnaturedly pulled one over on a dimwitted Anglo. Whom they had ascertained didn't understand a word of Spanish.
A foolish man, with mildly idiotic praeconceptions.


"Qué tal, pendejo? I say that with great respect, pendejo."


Pendejo, as you must know, is an affectionate nickname for Texans. Pendejo, Tejano -- nearly rhymes, not a coincidence. Pendejo is very roughly equivalent to the fond Netherlandish term for Texans, "klootzak" (pronounced 'cloat-sock'), which is used with equal affection.
For which the Google Translate English equivalent is entirely wrong.

As you will understand, not every Texan is a "verrekte klootzak". But most of them.
Again, Google Translate doesn' do well with that either.
Pity they don't employ linguists. 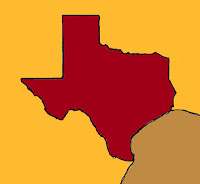 My affection for Texas runs deep and wide. I keenly appreciate that Texan politicians are mostly stellar klootzakken. Representing a large number of klootzakken. The entire state is the acme of klootzakkishness, filled with klootzakkery, busting out at the seams from klootzakkity.
Redolent in seven worlds of complete staggering klootzakkitude.

Nothing says klootery more than Texas.
I say that with great respect.