The Dutch holiday tradition is that Sinterklaas comes sliding down the chimney in the middle of the night on December 5th., and if you've been good he leaves you candy and prezzies. If you have been bad -- which he knows because he's been spying on you and your parents have ratted you out -- he'll order a bunch of black men in mediaeval drag to whup the bejayzus out of you, stuff you in a gunny sack and drag you off to Spain to be sold to North Africans as slaves. The implication, of course, is that Dutch adults were good people when younger, whereas there is NO such guarantee about anyone else. Possibly they were just better at hostage-taking.

"Well, kiddo, you HAD older siblings, you just don't remember."

"No, we never tried to find them afterwards, why do you ask?"


This is all quite normal. And like ALL good Dutch traditions, it cannot be changed.
It's sanctified minhag mi Sinai.

Another hallowed part of the Dutch holiday tradition is the first letter of your name in solid chocolate. Plus marzipan. Again, conditional on you having been a good little boy or girl. And surely that makes up for you crapping your trousers all the way through Autumn?

Chocolate! Marzipan! Safe for another year!


Of course I never actually believed that Sinterklaas shiznit, and my mom and dad were both Americans -- there is plenty of Dutch in the family tree, but we're not crazy -- so they never laid that stuff on me. But every year I wondered how big of a damned idiot Sinterklaas (or whoever was subbing for him) was, because several horrid kids kept showing up at school the next day. Surely in a wise and just world they would have been kidnapped and sold to the Moors?

Trust me, a lot of of the little children in Valkenswaard were vicious bloody monsters who by everything good and proper should have been labouring in the salt mines under the heel of vicious Berbers for the rest of their lives.

There is no justice in this world. Cynicism is the correct approach.
The Moors don't want nasty kids. They're useless. 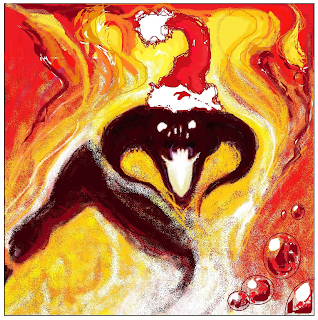 At FAO Schwarz on Union Square 'It's a Small World After All' was always on permanent loop.
One of the most popular Christmas songs is "The Little Drummer Boy'. Most holiday songs are nauseating dreck. Which are played for weeks. You Anglo Americans are a sick bunch of bastards, you know that? No wonder your kids grow up to be psychopaths.

The Moors certainly don't want your kids either.
They too are quite useless.


I could also mention Mall Santa.
But I won't.