Five years ago, when I was still desperately in need of the medical attention that over a year later I finally got, I described the inhabitants of a county to the north of here as "wet garbage".
For which I apologize. What I meant was "sodden garbage", a term that actually has a verb in it and therefore suggests action, process, and progress. They sod, they are sodding, they would or shall sod, they have been sodded, they are sodden.

That was also when I mentioned Tinfoil Hat Stevie. Whom I haven't seen in aeons, and rather miss. Since the most expensive cigarettes in Christendom became no longer available, he no longer sits on the lawn twitching and muttering. The CIA are tracking him.
Everyone needs a paranoid garden gnome.
Sodden elf.

It wasn't drugs that made him so, though that region is sodden with cocaine abuse. He is just naturally sub-functional. One cup of coffee, and he's off to the races and off his rocker. There was the Sunday when the dingos were watching the superbowl inside while stuffing their faces with barbecue and quiche, and he was outside moaning about the Clinton Foundation and the Russians. Cigarettes and caffeine. 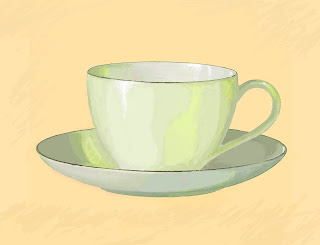 I myself rely on caffeine and nicotine to become human every morning. A cup of strong coffee, a pipeful of good tobacco, and a walk for several blocks. Gets the juices going, the mind active, and the barely sentient morning gloom to dissipate. At that time of day there are fewer people about. One or two walking their poo factories, some elderly Cantonese getting in a spot of exercise, and no pot users to be seen or smelled anywhere. It's quite lovely.

As a matter of personal habit, philosophy, and distaste, I despise drugs. The minute quantity of cocaine in dental anaesthetics as a vaso-constrictor gives me irregular heart beats. Codeine sends me into shock. And pot bores me, aside from making me sub-comatose for several hours. Plus I'm needle phobic, and paranoid about uncontrolled substances.

So obviously I very much prefer the naturally insane.
They're more creatively loopy. 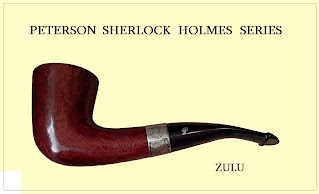 STELLAR EXAMPLE OF PARAPHERNALIA
Plus I'm a total self-control freak. With caffeine, nicotine, and highly refined sugar, whatever happens is gradual and can be monitored or tweaked. These things are controllable. Alcohol up to a point also has that benefit. Most people who rely on these substances do so in moderation and other than folks in Operations, Marketing, and Advertising, don't get whacked out of their gills on frappucinos or cheap cigars and cocktails.

As a side note: pipe smokers are largely restrained individuals of sound judgement and sober conduct. Exceptions being the habitual smokers of aromatics, whose choice of vanilla-caramel, mango-strawberry, watermelon-bosc pear, or passion-fruit-bourbon-honeysuckle, strongly suggests that they are habitual drunkards, wife beaters, and syphilitics.

The road to hell is paved with cherry cavendish.
As well as 1Q, RLP-6, and BCA.