It was a sports day today. So the backroom was filled with uncouth yobbos. Whose ecstacy and despair was loud, long, and peace-disturbing. Between wetting his panties whenever the local team did something stupendous, and getting his knickers in a bunch at times when they didn't, the retired member of the judicial branch probably had soggy silken shreds constricting his withered nether regions by the time he left. He looked drained.

At one point he had to take a phone call. So he left the containment area. And once he finished his call, I explained things to him. "Dear boy, give me something to work with; I can't keep on explaining that your lack of a mask is because you're a half wit if you keep using words of two syllables or more that everyone can hear. And unlike Danny, you don't look the part. Plus he has that degeneracy going for him. It's very convincing. Could you please act demented and drool a bit? Play the part. Because otherwise you're blatantly setting a horrid example."

I don't think he heard me. He was upset about the progress of the game.

Seattle simply is a better team, and he knows it.

His world was closing in.


Danny, who looks the part, has an obvious close familial kinship with Bigfoot going for him.
The retired member of the judicial branch looks human. 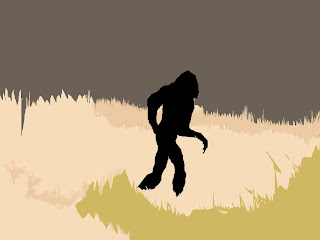 Henceforth I shall insist that the judiciary retired member drool. Given his age, that should convince anyone. He's a football fan, so it should be easy.

He also howls occasionally, and erupts in foul language. Very Tourettes.
That too I can use to explain his mask-idiocy.
"He's quite demented."
"Sad."


The Seahawks won, by the way. They played splendidly.