I CAN LICK MYSELF CLEAN

Background: a while back, the hacks in the community standards division of Facebook decided to ban me for thirty days because of something honest I had said about my own "ethnic group". Naturally I stand by what I said, and see no logical reason why I cannot or should not say it. Many white people are stupid, and judging by their numbers, they surely did intercourse, they have intercoursed, and they are still intercouring.

Intercoursing does not require a brain. The praying mantis proves that.

So naturally I found another way to keep in contact with my friends. Because in this day and age one wants ones friends to know, if they're interested at all, that one is still alive, one has not croaked of the plague alone in some hutment on the moors or been thrown into jail for killing a Karen. As, naturally, one might do. The Karen part, that is.

And one returns the favour. With avid interest I keep a considerate eye on my friends, hoping that if they whacked a Karen they did not get caught.
Or, if caught, moral support.

Facebook asks 'what's on your mind. A loaded question.

Pursuant which someone commented: "I really feel much safer on Facebook when people from the Netherlands refrain from discussing food. That goes for Brits too."

Rarely do I ever mention the Brits. Despite having joined a collection of bearded gentlemen from Blighty on the interweb. And I seldom say anything negative about the people and place, despite the teeth (nightmarish) and the cuisine (ditto). In fact, I go out of my way to say nice things about them whenever possible. They invented tea. Plus bacon and butter.
Which more than makes up for the damned peas or baked beans.

In the broad sense, my ethnic group is indeed 'white'. Which is the generic catch-all for almost everyone who isn't broadly something else. But in a narrow sense, I am specifically Dutch American, descended from settlers of New Amsterdam. A superior type of white, until we breed out so much that generic-ass Wasp ends up in the woodpile and dominates. At which point that stupidity rears its microcephalic head, like a snapping turtle in the mud. And you get something like Tucker Carlson, Marjorie Taylor Greene, or Charlie Manson.
Or, godhelpus, Louie Gomert. 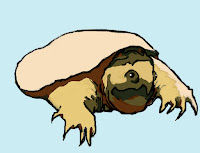 The British empire was founded on the basis of tea, bacon, and butter.
Either that, or those were the highlights.