THE SEARCH FOR INTELLIGENT LIFE HAS STALLED

It's chilly outside, we're in the middle of a pandemic, and people are very stupid. Or, to put it differently, the news is remarkably depressing. But perhaps it's a stretch to see a remarkable overlap between where the temperatures are likely to be higher than normal on any given day and mass idiocy. That being as you will understand the following states: Alabama, Alaska, Arkansas, Florida, Georgia, Idaho, Indiana, Louisiana, Mississippi, Missouri, Montana, North Carolina, North Dakota, Ohio, Oklahoma, South Carolina, South Dakota, Tennessee, Texas, West Virginia, and Wyoming. Plus Colorado.

[The embedded link above is just one example out of very many. Wrong restaurant, and troglodytes in Tinhead Arkansas getting their knickers in a twist, then making angry blithering phonecalls and writing obscenity-laden social media posts. Here's a link from the local newsorg making it even clearer: Chowderheads.]


There are several things those states have in common: Christianity, incest, and American beer. Besides an inability to read critically and carefully, and very large numbers of white people the veritable salt of the earth who are letting down the side.

They are, as Jonathan in Israel would put it, the "real America".
All the rest of us are just fakers.

To be honest, between California and New York there's bupkes.
Plus, of course, the 'World's Largest Ball Of Twine'.
And a giant flamingo statue in Frog City.

They've also got Russell Stover candies, sold in fine department stores everywhere including Macys, which might be enough to make a roadtrip into the savage outback worthwhile.
At the very least getting up out of this chair to make another cup of tea. 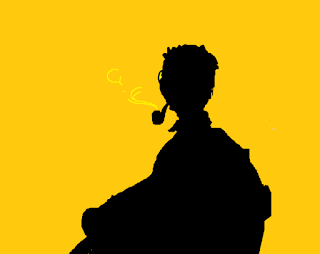 For pipe smokers and other aficionados of multiple hot beverages throughout the day, reaching into a golden box of bonbons after a satisfying smoke and enough caffeine to make one fly is often enough to inspire good cheer and warm feelings towards semi-sentient bipeds.

I've actually thought of doing a road trip across the country, several times, but the last time that I was in Contra Costa I wrecked my car. The sheer amount of "freedoms!" and all-American testosterone made me desperate to get out of there.

I'm a hothouse plant; I do not thrive where there is no Sriracha and pipe smoking at tea time is regarded as showing communist tendencies.

It's always time for tea.


All I really want to do on a cold day is stay at home, have bonbons, smoke my pipe, and read about the fall of Rome. Thank you, Russell Stover, for adding some light. You alternate with Cornell & Diehl's Red Carpet ("The perfect blend of Red Virginias and Perique, pressed and sliced into flake form") and House Reserve 2021 ("red and bright Virginias ... pressed and sliced ... old-school flake tobacco") from the same company, in South Carolina.

This is fine stuff. Proof that there's something redeemable here.
Maybe our country doesn't suck after all.


There's a comfortable throw rug somewhere on the premises.


If it's the very last thing I do, I will find it.
Maybe it's underneath the books.
My bed is a mess.