With maturity comes the wisdom to be less impressed by sparkly new things, and considerably less optimistic about every one else's bright ideas. I like to think that the young can benefit at least from a dosage of my sarcasm, cynicism, and bad temper. This was prompted by a friend and myself comparing our medications, which would not be safe for some idiot to raid from gran'ma's medicine cabinet wanting to get high.

My friend is vibrantly alive and full of piss and vinegar. Looking for a love interest.

He's older than I am, more medicated, and more optimistic.

Whereas I am a self-assured younger woman. At least, that's my perky Facebook avatar on the alternate account, because I got Facebook Jailed for an entire month for being a meanie. As any sane man would be. The alternative is supporting the patriarchy, buying into traditional flesh-based gender and age roles, as well as watching sports on teevee. 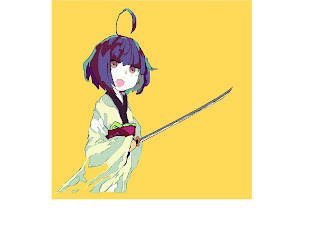 No, I am not identity confused. But I am certain that the slew of Christmas related dreck will get me banned again on one of my accounts. At the very least some fat old white asshole in an unwashed red bathrobe will be triggered -- apparently that's half the country, probably the people who voted for Trump, who is a fat old white asshole -- due to my ongoing "war on Christmas", which, clearly, is about selling beer, X-boxes, and little children.

Also, a plot to make Tucker Carlson feel good about himself.


How much different the holidays would be if dead seagulls were a theme. 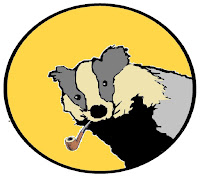 Johnny, you are getting a brand new dead seagull for Yule tide! Seeing as you finally finished the last one. Shiny! Irridescent with the putrescing of flesh underneath the feathers.
And plumped up with gasses! Oh, the joy!

This day marks the anniversary of when the Romans nailed a dead seagull to a cross out in the saltflats. The secret to enjoying a dead seagull is letting it age properly. And softening it up by whacking football players with it, or savagely stomping it to death in overcrowded shopping malls. Scrooge handing out dead seagulls to his staff on Dead Seagull Morning. Rich in oils and vitamin D oozing from the flesh. Pursuant which, please note that Vitamin D is "a group of fat-soluble secosteroids responsible for increasing intestinal absorption of calcium, magnesium, and phosphate, and many other biological effects. In humans, the most important compounds in this group are vitamin D3 (also known as cholecalciferol) and vitamin D2 (ergocalciferol). The major natural source of the vitamin is synthesis of cholecalciferol in the lower layers of skin epidermis through a chemical reaction that is dependent on sun exposure (specifically UVB radiation)". [Wikipedia]

Midwinter holidays are all about a lack of vitamin D. Nowadays there are dietary supplements. We no longer need Tucker Carlson, call the whole thing off.

Will no one think of the dead seagulls?!?
Instead of X-boxes and beer?
Or Tucker Carson?


This episode of 'Bah, Humbug' brought to you by maturity, medication, horrid tacky decorations everywhere, and a profound distaste for what's on television. Plus the fact that putting any of it on Facebook would trigger all the Trumps and Carlsons of the world, damn them.

Please note that no fat old white perverts in greasy red bathrobes were harmed in the making of this post. You may go back to 'Little Drummer Boy' on permanent loop now.

Remember to take all of your pills.
Especially vitamin D.