There are two bakeries to which I often go. Meaning that in the average week I will visit at least one bakery. Unsurprisingly, I was at one of them yesterday. I'm giving the other one a miss this week because too often the center table is jam-packed with a Toishanese coffee klatch. Not that I'm opposed to Toishanese, but that's my table. It's perfect for people watching.

In these pandemic times, people watching is a defensive manoeuvre. You see people. Are they masked? Are they white? Are they tourists in Chinatown? Do they ask the counterperson all kinds of questions that they should already know the answer to if they're in a Chinese Bakery?
Do they seem rather remarkably stupid?

To say that I distrust my fellow humans would be putting it mildly.

Too many of them are unmasked Caucasian idiots.


Oh, and it's also only a matter of time before one of the members of the Toishanese klatch catches covid and unwittingly gives it to the others.


There were two other customers at the bakery to which I went yesterday. At opposite ends of the room. With several tables in between. I chose a table facing the door and had a chicken tartlet with my tea, before heading out into the bitter cold to freeze my buns off with my pipe. 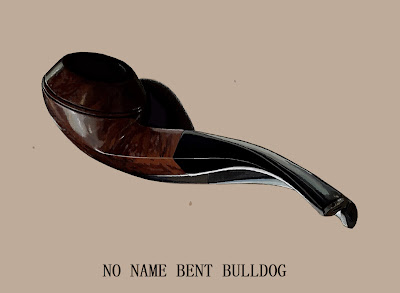 Let's just say that 'Uncle Stinky' doesn't like this weather. But it's a neutral, almost Platonic dislike, without emotional content. The weather is doing what it's supposed to.
There is no ill will in this animus.


This is the time of year when my feed is filled with pictures of bearded individuals puffing their briars in impossibly frigid circumstances, making remarks about the weather the garage the unheated front porch not properly enclosed their wives their kids the lack of central heating outside how society is going to hell in a handbasket. All the uncle stinkies of the world.

Obviously their problems are that they are married during the four months of the year that are miserable, have not installed a heater in the garage or on the front porch, had children whom they did not properly train, mingle among humans, and live in the Northern Hemisphere.
During those four months.

Australia is quite out of the question. Firstly because it doesn't really exist, secondly because of the horrifyingly punitive and meant to discourage taxes on tobacco, and thirdly because it's filled with Australians. Crocodiles and Dundee twenty four hours out of seven.

All of this could be addressed with a strongly worded letter to the editor.


I'm thinking of either going back to bed, or spending the day in the warmest room in the house, which is the bathroom. I can smoke in the bathroom, unlike the bed, but I'd probably end up with my rear looking like a French pug's face, all wrinkly and full of personality.
Neapolitan mastiff, sharpei, Bourdeaux mastiff, English bulldog.
Jowls where there should not be any jowls.

Get that image out of your head.