Twelve months ago President Bolsonaro of Brazil asserted that the vaccine might affect people adversely. "If you turn into a crocodile, it's your problem." He also stated that he would not get vaccinated, because he already had immunity, but that others were free to do so, and implied that if, as a consequence of taking medically sound precautions against disease, their lives would change, bully for them and good riddance.

Since then, huge numbers of Midwesterners have taken his words to heart.


"If you become superhuman, if a woman starts to grow a beard or if a man starts to speak with an effeminate voice ... "
------Jair Bolsonaro, international level idiot


His thoughts on these matters are mirrored by Mehmet Oz, famous snake oil salesman and shameless rightwing panderer, as well as Fox pundits. And I, personally, have no problem with vast swathes of rural America and the trailer parks of the Deep South catching covid 19 and dying. I have sympathy for medical workers in those places who have to shovel the shit, but frankly I would advise them to leave those people to their own devices and return to the civilized world. They'll be more appreciated here.

Mask and vaccine mandates in large parts of this country are a waste of time.
The level of stupidity there makes them irredeemable.
Let the rabid dingoes rot. 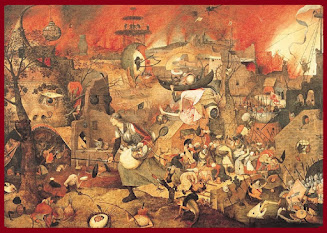 It would be a wise caution, however, to put a barbed wire barrier across the Sierras and around airports to keep visitors from those places out. All evidence shows that they carry diseases and have unclean habits, and in order to ensure that Californians can continue living relatively risk free and safe lives we need to make absolutely certain that none of the Typhoid Mary Morons walk among us. They're rather like the zombies in several apocalyptic movies and popular teevee shows, except marginally smarter. 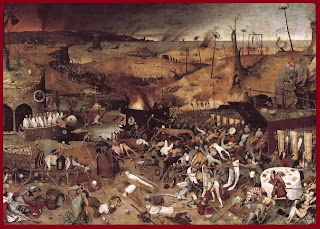 And, in addition to spreading pestilence, they are likely to bring false religions like Christianity and Mormonism. Lord knows we don't need any of that; we've seen what it did to Europe and the Third World.

Keep the recalcitrant unvaccinated out of the ICUs. Shoot them if they come close.