THOSE DAYS, THESE TIMES

The bakery where I went for tea first opened when I still lived nearby, they're on the edge of Chinatown just before the rowdy part of North Beach. It was bright and new then, slightly faded now. There were still two active movie theatres in the neighborhood. For many years I did not know that they also cooked lunch; I couldn't read Chinese yet, and never even asked if they had a menu. Also, I wasn't really paying attention.

Several years ago I started having a meal there two or three times per month. Roughly at the same time as I developed a liking for Hong Kong Milk Tea, which they also serve.
Their version is very nice. Silken-velvety on the tongue.


I had already discovered that they also do very nice lo po beng. 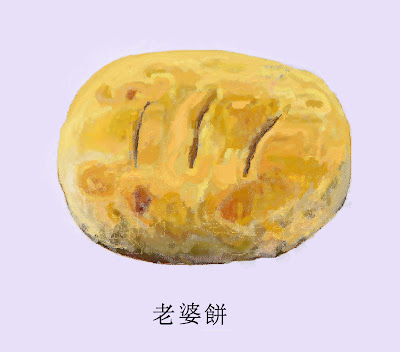 A lo po beng is a small flat biscuit-pastry filled with wintermelon paste. What makes it better than a linyong beng is that the crust is composed of two doughs; one made with water, the other made with shortening. Rolled and folded together, then wrapped around the filling.
When baked, the two substances separate, yielding a light flaky crust.

Some of the foods are strictly Chinatown, for a less-monied crowd. Insta noodles with luncheon meat, fried egg, and a little bokchoi, for instance. Affordable for an aged auntie on a limited income. Or light fluffy paper wrapped cupcakes (紙包蛋糕 'ji bau daan gou'), which little children love and their parents can afford to treat them to.

They used to be quite busy before the pandemic. Nowadays fewer customers drop by for late afternoon snacking and caffeine, and I have not seen any tourists wander in to ask if they have a bathroom in several months. For your information, bathrooms become magically available in this city if you spend a little. That's why many places have opened their doors; they want to do business. You having a powder is not business. Well, it's your business, but doesn't pay bills.

[In Europe public washrooms have a little saucer for you to put some money on. It helps keep them open, and clean.]

In all honesty, I do not mind if the tourists can't find a loo. And I like them not coming in anymore. They were a waste of time before, they are a public health hazard now.


For entirely goofy reasons, I associate this bakery with two pipes. 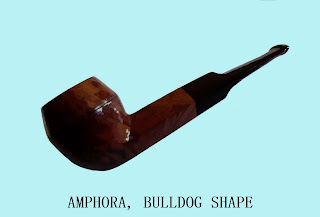 One of which I smoked after tea time.
A recollective fragrance.
Very nice.