Imagine a day spent with reamers, vodka, and a whirring machine. Plus buckets of tea. While it is pouring outside, wetter than the bathroom sponge. I spent all afternoon cleaning up pipes and buffing stems, and it was lovely. Quite the best way to end the Christmas season, and celebrate the deserved death of The Little Drummer Boy till zombie-like the creature resuscitates next November parrumpapa-pum.

Among other things, George -- a splendid fellow, whom I like -- smokes his pipes till they're soggy and sewer-like, and caked up a bit too much. His three pipes that needed a good job are now clean and useable again.
Two elderly pipe smokers passed away (sometime in the past decade), and their fine briars have been made ship-shape, ready for the next collector of fine briars.
These are not the two old geezers who are "missing in action". I suspect one of them may still be circling the Safeway parking lot trying to find the way out, having gotten lost because he double or triple doses his medication. Like the man with neuralgia he'll turn up again.

Several cups of hot tea. Ignored the ballgame and the cigar-huffing yutzes watching it in the backroom, except to yell 'Minnesoooota' periodically (a team which apparently wasn't on the screen, but whom the retired member of the judiciary branch hates because of a game against the local team a few weeks ago), and then returning my attention to the buffing wheel.
Which is far more interesting.

Steve up in Canada used pipe cleaning, repairing, and restoring as a form of physical therapy while recovering from a stroke. His hands have genius. For me, it's meditation with the fingers. I am not as skilled. His work, I admire. My work is "serviceable".

Hand-firmness. Also, it helps me swill buckets of tea while not interacting with people. 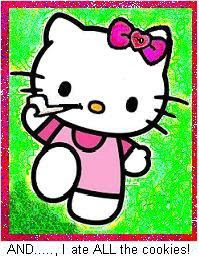 Except for hollering 'Minnesoooooooota' supportively.

My idea of perfect company is someone reading her book somewhere nearby, tolerating my pipe, and sharing the contents of the frequently replenished tea pot.
We can agree to disagree about the cookies.
Before deciding "why not both?"


My coworker today does not drink tea. He spent all day fussing with his pipe.
Occasionally going into the backroom to taunt the fossils.
In their post-holiday mental fogs.

Herring, lutefisk, and cheese.
Minnesooooooooooota!
How can you not?