IT'S SHINY AND FESTIVE!

Sometimes reality runs headlong into fantasy, and loses. Like the blonde on Fox claiming that Christmas trees are also about Chanukka. I'm sorry, but the Christmas tree stands for the commercialization of the most depressing time of the year. And combustability.

In fact, in colder parts of the country, setting fire to Christmas trees is traditional. Good fuel. And heating oil is expensive. Why do people even live there? The climate is horrible, things smell bad, and there's nothing but Orcs and Rednecks to eat.
Good lord you folks are frightful.


I am not dreaming of a white Christmas. I live in California, below the snow line. What I want at Christmas is taco trucks on every corner, universal WiFi and healthcare, and something vegan (but fried in bacon fat). I want the severed head of Charles Dickens.
I most certainly do NOT want snow.
Kindly bugger snow. 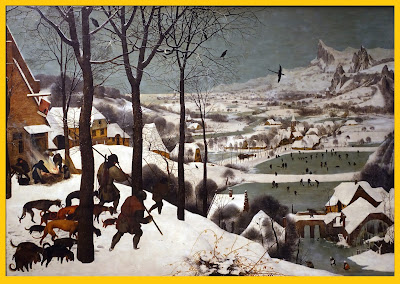 This is the natural habitat of Dutchmen. Brash outdoorsy types, cheerful, strong, the reason
cinnamon schnapps was invented. NOT those pussy Jägermeister or Underberg drinkers.

You know, if it gets below fifty six degrees Fahrenheit, I need gloves because of Rainaud's phenomenon. My fingers eventually turn blue and tingly, circulation in the digits slows down or shuts off entirely, and I have an urge to set fire to something. Christmas tree, Chanukka bush, the neighborhood garbage dump, dead alcoholics. Doesn't matter what; is it filled with resin? Can it burn? And will the world become a better place if it goes up in flames?

A botle of cinnamon schnapps makes a good Molotov cocktail.

By the way: I hate Christmas movies.


Christ almighty, sixteen more days until this turgid nonsense is over and chocolates are on sale at half-price. One week after that hungover people will play golf, whimper periodically, and watch football games with the sound off. And we can return to normalcy.

Another by the way: The FOX Christmas tree was NOT an actual tree, but a cone constructed of scaffolding and plastics, covered in coloured tinsel. No actual tree was harmed in the burning. As a simalcrum of tree-hood, it failed. A sham, a hollow mockery.

Christmas is about sugar, high fat foods that are bad for you, and celebrities being trotted out to make funding pleas for charities which devote eighty plus percent of their received donations to staff salaries, rent on downtown offices, and cocktail parties.


As well as burning stuff.