When I was a tyke the world and the American language were quite different. And the concept of shielding every sensitive soul with trigger warnings, obliqueity, and circumspect terminology had not yet crossed the threshold. The language was old, white, and male.
The opposite of that, by the way, is NOT young black and lesbian.
Though such a person might well lead the charge.

As a sprightly young barely post teenage years masculine goofus, I once spent several hours dancing with precisely such a person. She was charming. She was out on bail for shooting her lover. Absolutely the best time I ever had at a dance hall (disco) ever!

I sincerely hope that since then her life has only gotten better.

I approve of young black lesbians.


The correct way to refer to a young black lesbian nowadays should probably be either as "realized person" or "non-white unmale-gendered individual with certain preferences and possibly pronouns".
Sorry, " danced with a non-white unmale possibly pronouned" does not sound nearly as clear or interesting. It doesn't capture the frisson of dancing with someone who for undoubtedly very good reasons put six bullets into a similar human being who was cheating on them with another unmale of whatever age and melaninosity.
The opposition to "high-handed, fatphobic healthist rhetoric which is larded in ableism, and/or historical and ongoing racism and sexism" needs some work to make it more inclusive.
I suggest "co-understanding co-existence based inclusional crystal healing spiritual beingness" instead. Plus karma, om, and green.
Also: whales and dolphins. 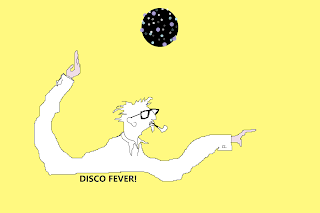 Sadly, I am no longer a young male goofus. At present I am a 'youth-deprived individual of indeterminate social and intellectual abledness' (old white male). I'd still dance with a young black lesbian given half a chance, but the creaking from my arthritic knee and hip would drown out Michael Jackson. They'd ask if I was having an episode.
Let's put you to bed old man.