He was quite filthy, dressed in rags, and barefoot. And he had large bottle of beer. When I left for a mid-day walk he was singing about the neutron bomb. At the time I took the bus (at the stop where he reposed on his pile of garbage) he angrily started singing "kill the rabbit, KILL the RABBIT, kill the rabbit", and smashed his bottle by emphasizing his murderous intent toward the bunny. Several Cantonese oldsters gave him a wide berth on the way to the door of the vehicle. When I returned a few hours later, his feet were bleeding, probably from the beer bottle shards, and he was aria-ing from the opera Figaro.


Which surprised me. I had thought him entirely illiterate.
I had actually enjoyed the Bugs Bunny bit.
Good voice. And verve!

Lunch was, of course, in Chinatown. Because it is close by, and nearly everyone except the tourists wears masks. And they hardly ever set foot in any of my favourite eateries, so the chances of catching a Covid strain running riot in Oklahoma or Italy is rather slim.
Also, no kiddiewinkies from deepest Mississippi.
Or suburbanites. 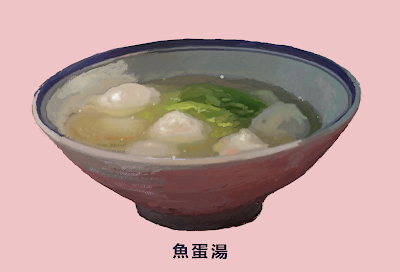 No, I didn't have a bowl of fish balls in noodle soup. That would've been nice. Instead, something with tofu and gravy over rice, hot sauce, milk tea, and a pipe afterwards.

Fish ball noodle soup is, like so many Hong Kong edibles, perfect breakfast food. Such as one might have after stumbling into the plastic company offices just before eight and sitting through meetings with the local staff, who are actually much more capable than oneself, though they're exceptionally diplomatic about that. 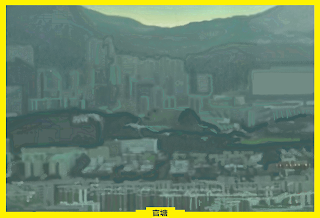 In the last year of the old company we sent some real dingbats over there. I never quite figured out why. My next long-term employ was for a marginally better enterprise, years after Kai Tak had closed down and the new airport (Chek Lap Kok) had gone into operation.
Same pattern of uselessly sending over Bay Area staff.
A complete waste of time.