THERE ARE NO RED SWIMMING TOGS!

San Francisco is experiencing a cold spell, which dismays all the European tourists who came to our city looking for tropical heat because they've seen Baywatch and know that everyone in California runs toward the surf in slow-mo as the sunshine gently tans our athletic bodies. Instead, it's low to mid fifties (though sunny), there is a bitter wind off the ocean, and fingers are turning blue from Raynaud's Phenomenon.

Things are far from ideal. I'm sitting in front of my computer wearing three layers on my upper torso. My legs (one layer from thigh downward to mid-calf) are shivering. Far rather than this, I should be thirty years younger in bed with a cheerful naked young woman who likes to be called 'Sugar Tits' enjoying the warmth and wondering whether she'll object if I light my pipe and does she maybe want some buttered toast with thick cut marmalade and a nice cup of tea? If the latter, I'll be happy to make it happen!

The point here is, I do not like being cold.
In May. When it should be warm.
I blame the Republicans.

I wish to register a complaint about the weather. I did not sign up for this!

Thirty years ago was before the internet or climate change, so it might all be moot; you would not be reading this, and it would have been warm enough that I could not possibly be thinking of Sugar Tits or angry letters to the editor.

The concept of buttered toast with marmalade, however, was already alive and well. There are few things speak of comfort and indulgence as much as that, and surely everyone has a toaster or similar device were ever they go? I'm sure those Eury tourists brought one in their luggage, so that if running in slow-mo on the beach proves impossible they can always go back to their Holiday Inn and discover that their appliances don't work here.
Different electricity, alien planet. Damned Americans! 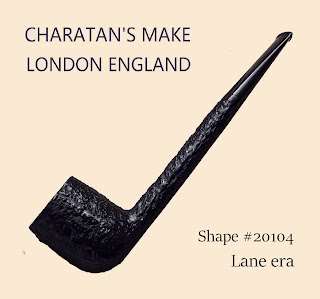 Lunch later in Chinatown, when it's fifty five degrees, or even fifty six(!), hot cuppa milk tea, and bittermelon omelette over rice with Sriracha. I've already chosen which pipe I'll have in my pocket for a smoke afterwards. An old English number.

Might have buttered toast in the evening.
Sadly, there is no Sugar Tits.
I regret that.