The sherry is hidden behind volumes of the Encyclopaedia in the library. Along with the tin of pipe tobacco. The housekeeper, Mrs Beedle, has been asked to bring tea at 4:30, but not to disturb otherwise. The sporty idiot relatives are off shooting wild animals forty miles away, the sun is shining, and the busybody parish priest who clims trees and spies on the manor house with binoculars and telephoto lenses is bed-bound with gout (confirmed by doctor Whutnot) and the farmworkers are away on a day trip, visiting the old soapworks at East Thumping, where so many orphans died in that accident a century ago, which is considered both educational and morally instructive.

Or, to put it all slightly differently, I've got a fresh tin of McConnell's Folded Flake, my second cup of coffee is on a stack of books off to the side, it's a cold bright morning in San Francisco, and I'm off work today. The only things that need to be considered are bank and lunch.


I should probably seriously consider getting the ball rolling this week on the peripheral angioplasty of the lower extremities which my cardiologist and I discussed several months ago. Which I've been putting off. Primarily because I know that they'll give me drugs including valium to keep me from twitching on the table, which will probably mean an overnight stay at the hospital. The last time I was there overnight -- also theoretically a walk in and then walk out situation -- the drugs wore off by mid-evening, and I spent the rest of the night watching violent nature videos on the telly listening to the person in the room next door moaning and sometimes wailing. At six o'clock in the morning a visiting nurse informed me that it was a demented woman upset at her surroundings.

Hyena fighting off lions for her kill. Loud moaning in the background.
Zebra being slaughtered by predator. More loud moaning.
Bees ganging up on a lizard. Moaning.
Morning cup of coffee.
Moaning. 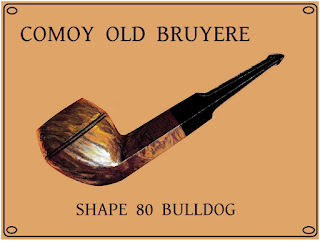 I would rather spend the day smoking my pipes.

The periph-o-plasty is looming more necessary because being on my feet all day at work is painful after several hours. And a number of people have told me that their old man (I'm not old, dammit) was much more lively and energetic after he had had it done. Oh boy! Couldn't strap the old blister down, just bursting with energy, beans, hiked up Mount Aetna afterwards and recovered the bodies of the sherpas who had perished on the flanks! The eastern side (康雄壁 'hong hung bik') is particularly notorious. Rock slides and yeti.

One just cannot venture out into the malarial wilds of Calabria and Sicily without hiring native bearers and cancelling one's subscription to the Financial Times for six months.
If I'm not back by Guy Fawkes Day, send a search party.
And you may have to use dynamite.


You can probably understand my dilly dallying, and escapist dreaming. Unless they do the procedure first thing on a Monday morning, it will be an inconvenience. And my apartment mate has promised that she will pick me up, ferry me home, not to worry about recoupe time. I would far rather wake up from the drugs around tea-time and stumble out on my own steam by the cocktail hour, gaily singing, and fill up a bowl as soon as I'm out of sight of nurses.


McConnell's Folden Flake is composed of medium Virginias, with minor touches of fire-cured Kentucky and Perique. Pressed and thinly sliced, no longer one long strip of flake as it had once been, but never-the-less an easy all-day tobacco suited to small and medium bowls. Not topped, but profoundly carotenoid-rich; it smells plummy in the tin.