DID SOMEONE SAY 'CHUM BUCKET'?

After seeing the movie "Jaws" many years ago it struck me that the one crucial flaw in the tale is that they didn't make clear what the great beast's motivation could be. If he (assuming masculinity, sorry for that) was a human, sheer orneriness would weigh into the picture, like it does for his eventual snack (the captain). Plus a certain sadistic pleasure in tormenting the humans, who much of the audience thought deserved that treatment. Three irritating blighters on a boat acting rather stupid. But a shark is less complex emotionally.
So while that might have been instinctual, it cannot be factored in.

[One noteworthy element in the movie was the use of that musical passage from 'Le Sacre Du Printemps' ("the rites of spring"), which, considering that it's all about frenzied behaviour and death, seems poetic and remarkably appropriate.]


And sheer hunger couldn't be it either.

What moved him to pursuit?
Angst?


As you can tell, my sympathies are with the great white shark. 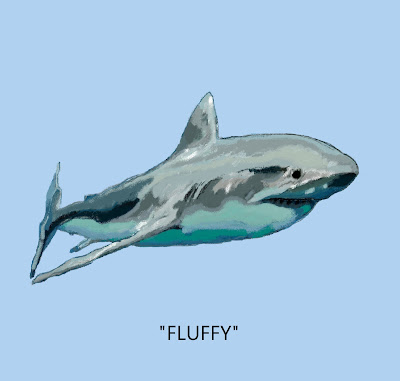 And fish probably think the same about humans as we think about them: "Ugh, too many bones!" They probably prefer Kenian runners and Japanese people over Americans.
Far less body fat, and consequently healthier.


I'm wondering what to have for lunch later today. Naturally. There are no Kenian restaurants that I'm aware of in San Francisco, and I live bus-hoppably close to Chinatown, so it won't be Japanese either. Possibly seafood.


What got me thinking about Jaws was a fellow pipe-smoker across the country enjoying a big bowl of Molto Dolce, which is absolutely nasty, one of many worst tobaccos ever, who posted a picture on Facebook in a group of which I am a member.

I need to get the imaginary taste out of my mouth.

Allegedly caramel-honey-vanilla, but in reality spray fixative, coconut, and a hint of mint. Plus so much humectant that it never fully dries, and leaves your bottom a soggy mess with a compost pile reek. It is (was) a very popular blend for a while.

The pipe afterwards will be filled with McConnell's Folded Flake.
Which is almost Spartan in comparison. Quite nice.
Very similar to Marlin Flake. 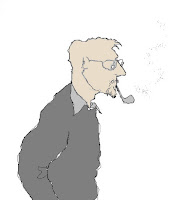 Since Hecky quit over a year ago, there is no reason for me to smoke flavoured mixtures any more (his pain and anguish whenever I did so was "charming"), and outside of work I never touched them. Good pipe tobacco should not smell like a Parisian brothel.