Having left the house later than usual, I decided to simply have tea and a snack after buying some dimsum items to take home. My apartment mate probably hasn't had dim sum since the last time she saw her siblings, and during this pandemic that hasn't been very often. Including her, they are all into middle age now. And none of them live in the old neighborhood. Which has changed significantly since they left.
But dim sum remains a Chinatown constant.

As does a tea time nibble for many people. A lot of whom know that the egg tarts at one place come out of the oven at around four thirty, nice and piping hot, and utterly delicious. The old ladies sitting behind me, who had agreed to meet there, were not quite aware of how good those things are, so I turned around and informed them of that crucial fact.


Good thing they were conversing in city Cantonese, as I had been able to listen in on their conversation. Later on they discussed mahjong; mainland rules versus Hong Kong rules. Versus Taiwan. I haven't played mahjong in years, but I can see that for some people it's a framework for socializing. And I think it keeps many of the elderly sane in these times.
Before I left they inquired as to my names.
As I did in return.


Buying dim sum and having tea were far more enjoyable than battling the cold wind with a pipe afterwards. Though I enjoyed my smoke while thinking about social interactions.
I had suprised myself at how human I sometimes am. 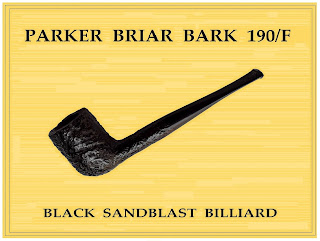 The two most important phrases in Cantonese may very well be 蛋撻啱啱出爐 ('daan taat ngaam-ngaam chut lou'; "the egg tarts have just come out of the oven") and 你貴姓 ('nei kwai sing'; "what is your honourable surname"). The first establishes proper priorities, the second affirms that the speaker is aware of propriety and correct interpersonal relations. When the space aliens finally land here, they will not express any wish to meet our leader, but instead inquire whether the egg tarts are fresh (蛋撻係唔係好新鮮 'daan taat hai m hai hou san sin') before self-depreciatively introducing themselves (我小姓 ... 'ngo siu sing ... ').