One of the first things to mention is the appetizing mouthfeel. Followed by cumulative taste sensations: creamy, tangy, mild fruitiness, coupled with an almost incense-like quality from the Cypriot, supported by the resins of the Turks. It's smoky, but this is not a Latakia bomb, strengthwise being in the same broad category as several Dunhill mixtures, as well as rather reminiscent of the mid to full range of Drucquer blends as those were in the seventies and early eighties, before surreal blend shift (components becoming unavailable and unwise substitutions being made), and years before Greg Pease's expert reformulations.

This is a subtle and pleasingly balanced tobacco blend which will, never-the-less, trigger the Berkeleyite vegan Guatamalan hippie rag wearers in your household. They'll probably burn sage and force you to do ayahuasca to expell the evil spirit that has gotten hold of you, as well as dance with crystals and magic beads.

Be grateful that they will not do a nouveau native American ceremony that involves burning tobacco, chanting, sweating, and drumming. The tobacco suitable for that is mediocre crap purchased by Northern California suburbanites getting in touch with their spiritual side.


Normally I'm somewhat Cynical about limited edition smoking products and "small batches". But one tin was dented, so we sacrificed it and opened it up. I overwhelmingly smoke Virginia and Virginia Perique mixtures nowadays, having veered from Balkans a decade or more ago.
Haven't as a habit smoked stuff like this in years

So I bought some. 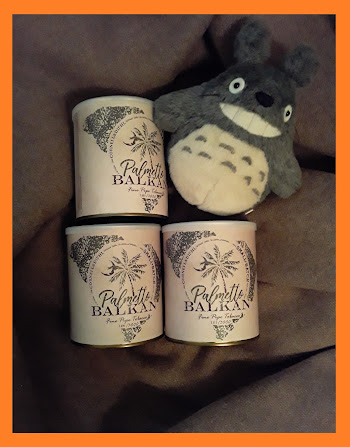 After sampling the product.

No spiritual people were harmed. But if they interfere with my enjoyment of this very nice tobacco, they quite likely will be. My spirit animal is a rabid skunk. A two million year old rabid skunk, to be precise. I savaged Princess Pew Bag in her previous incarnation as a noble woman from Atlantis.

Small batch, only three thousand (8 oz.) tins produced. Oriental (Izmir from 2019, Basma from 2018) leaf with red and bright Virginias and Latakia. An easy and enjoyable smoke, for the fan of medium to medium full English and Balkan blends, very reminiscent of splendid products from years ago.


And yes, Totoro likes it also. Ten years ago he would often join me on the roof of the office building after a Saturday getting more done on a day off than with all my coworkers around during the work week. Since then, he's been a great team player. With educated tastes. 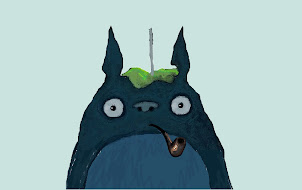 This pipe tobacco makes me think of things.

Imagine a PHD candidate smoking this regularly while checking the footnotes in her thesis. Something impossibly in-depth about the deliberate overlap between visual representations and secondary meanings in Chinese seal script texts (篆書 Chuan Shu), particularly in Stone Drum Script (石鼓文 Shi Gu Wen), and what the influence of this was on later calligraphers.

I would in relation thereto most especially draw your attention to Wu Changshuo (吳昌碩), a deservedly famous modern master of the brush, who also carved seals.

His archaic script calligraphy is evocative, rich, and stimulating. It has a depth and strength that's altogether extraordinary.


I've had a lot of caffeine between when I first sampled it and now.
It's highly probably that I'm not entirely sane at present.
Some crash and burn is to be expected.

Dude. Couldn't wait, eh? What's with the weird reference to seal script in this review? Also, two misspellings in this morning's blurble. I am surprised.