During the lockdown I made sure to get up early, so as not to fall in the rut of sleeping late and sitting on my ... donkey ... all day. Which meant that, because of timing, I'd see 'auntie with the cheerful pistachio-hued hat' regularly, resolutely tromping down the block, then back up. Walkies. After a while we'd wave at each other. She is no longer limited to this block, and now ranges far afield, her legs and endurance having improved immensely. I still often see her around, but it could be anywhere within a five or six block radius.

Like many elderly Cantonese ladies in San Francisco, she is five feet tall or less.
Other than her surname and her morning exercise I know nothing about her.
My Cantonese is not quite good enough for easy conversation.

The pandemic has been harder for the elderly than for many others, as it limited their social life and made them stay at home, so walkies were probably an excellent idea in that regard also. The folks with walkers and canes were really hit hard. I would have loved to have seen more of them on the street, but instead there were runners, people with dogs, roaming street people and thugs, and one fellow who would sweatily exercise with weights and various heavy devices on a corner up the block, without a mask. Mostly white people.
Even during lockdown, many of them did not wear masks.
Now of course, none of them do.

I have a cane with me when I'm out and about on my days off, but that's primarily to present a very real threat of a clop upside the head to certain types if that proves desireable, rather than an ambulatory-aide. So you won't hear the click-click-click of the tip on the pavement when I approach. Instead, perhaps a grouchy grumbling noise as I curse the huge numbers of white people gaily breathing out their moisture droplet laden vapours without masks, or clusterforking all over the sidewalk so that a sensible man has to go into the path of oncoming vehiclular traffic to get around the plague carriers. 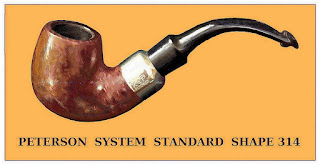 Which undoubtedly also plays a part in elderly Cantonese getting their physical exercise out of the way so early in the morning, before Johnny Alabama or Werner the European and their brood wake up and amble out of the motel (maskless) to snap photos and purchase trinkets on the way to wherever the guide books told them to go.


And because they are on vacation, they usually don't get up early enough to be a pest during my first walk of the morning with a pipe. Unless they're heading toward the bridge, Sausalito, or Muir Woods. When there's hordes of them. Without masks. On the bus I take to work.

So obviously I enjoy my days off. As these are very likely less dangerous.

Mind you, I am not a racist. I like my fellow Caucasians.
Many of my friends are Caucasians too.
The nicest people.