It would be perfectly natural to guess that there is a strong element of racism in San Francisco as regards masking on public transit. In a city with so many children, most of them non-white, it is criminally irresponsible to ride the bus without a mask. And undoubtedly the casual racism of the Democratic Party machinery here is desirous of a level playing field; Asian American children and Hispanic children deserve the same chance to die of Covid as their white and black compatriots. Admittedly we cannot do anything about their parents who have trained the kiddie-winkies to mask up, unlike the stupid white and black parents. But if, as they must, they're on the bus, now at least there are four or five selfish white office workers to infect them on every trip.

And as far as the immunocompromised and very elderly are concerned, they are just a drain on resources and no one really cares.

There are enough maskless white office workers on the bus to ensure that sheer tonnes of the under five crowd die.

Jolly good thing too. Can't have those minority populations reproducing. That's why decades ago we enacted immigration restrictions and racialist real estate covenants, as well as separate schools and hospitals. 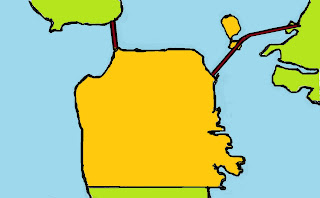 We wanted them to die childless in cramped quarters, untended and ignored.
And now, thanks to Covid and the maskless white middle classes, we can finally have that back again. At least the childless part. Because as far as the San Francisco politicans are concerned, people who spend money on their offspring are bad for property values, lower the tone, don't contribute to election coffers, and are just not our type dearie. In any case, why don't they live in their own neighborhoods instead of all over the city? We want to appeal to the all-American financial chieftains of big companies to whom we owe our political souls.
Little ethnic children are quite singularly useless in that regard.
It's GOOD that they can catch Covid on MUNI.