A LIGHTHEADEDNESS OF BEING

When I have to think in Dutch I'm rather a weird fish. So I wonder what that table of young Dutch tourists thought at the bakery. When I came in they were occupying the central table, so I sat at the table in the corner near Henry, who happily pointed me out to them as the white guy who speaks Cantonese and then had to explain that he was from Guangzhou, as were most other people there -- which may have confused the Netherlanders, because most Europeans have only the foggiest notions about the geography despite having traded at that famous southern port for centuries -- shortly after which I had to clarify to him that they were in fact Dutch, not German at all, because most Chinese have only the foggiest notions about European languages that sound like aggragations of hairballs being coughed up, as Dutch, German, and the Scandinavian languages do. And also the various Slavic tongues.
Actually, most Europeans sound somewhat harsh, gutteral, and hairy.

After doing the what-up-dog shiznit in Dutch, and explaining that the best place to get Cantonese food was probably down on Kearny, I happily tucked in to my snack.
Fun, don't often get to speak Dutch, but, erm, well, yes, precisely.
Nou ja, je weet well, he, tja. Dus dat.


The place seemed so quiet and empty once they left.


Ended up conversing with a delightful Anglo Indian couple later, in a civilized language. Directed them to the same place on Kearny. They wanted lobster (the Hollanders had asked about frikandel, sorry, no, nowhere in this city), and we stayed until closing.
Which I never do. I'm normally rather careful about that.
People need to go home after a full day.
One shouldn't be a bother. 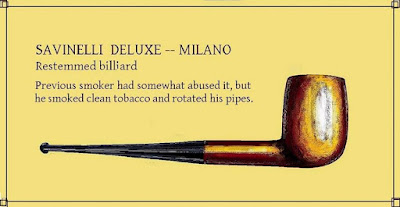 Earlier, while shopping, I discovered that there is such a thing as Mexican Chicken Tomato Flavour potato chips: 墨西哥雞汁番茄味薯片 ('mak sai go gai jap faan ke syu pin'). Which I bought for my apartment mate. We haven't opened them yet. I wonder what they taste like.

We already know that the 'American Classic Flavour' (美國經典原味 'mei gwok ging din yuen mei') are quite good. Got those also. No fried crab flavour this time.

Upon reflection, I hardly ate anything yesterday.
Didn't get out of the house till late.
Pastries and milk tea.