The one-legged monkey and the little blue sock sheep are contesting fiercely over who said it first, and which version is the real version. The intelligent middle-aged Dutchman is staying the hell out of this conversation, because it cannot end well. That's in her room. The turkey vulture is sitting on my bed, clutching my wallet, and telling the young rooster about the wonders of the salt flats (his native environment, where he's never been).
So the apartment is relatively peaceful.

At some point I'll have to jank my wallet out of his grasp. Whereupon he will wail "my baby, my baby!" And castigate me as a cruel heartless brute.

Which I probably am.


See, my wallet contains things that are very dear to me. Something by means of which I can prove that I exist when police or bank employees ask for my bonafides, stuff with which to pay for a hot cup of milk tea, reminders of medical appointments, and such like.

No, there is no prophylactic device (in its little foil pack) in there. For two reasons: A) There would be nothing left but slimy green powder by the time it ever got used, and B) Too bulky. Besides, I like to keep my wallet a classy place. I've got respected former presidents in there. Any suggestion of sex would only hurt them. History tells us they were abstemious men, not concerned with procreative acts. And that we should model our behaviour on theirs.
Probably best to carry around an axe in case of cherry trees.


If little boys and girls were taught to chop down cherry trees whenever they felt certain urges, teen pregnancy would be far less. Stands to reason. George Washington and Ulysess S. Grant didn't become pregnant as teenagers. Cherry trees. Neither of the Adams, or Roosevelts, ever utterred the word 'gay'. Cherry Trees.
Nixon avoided becoming a crook.
Cherry trees.

It was after cherry trees were taken out of the schools that we ended up with the three worst Republican presidents ever: Ronald Reagan, George Bush, and Hillary Rodham Clinton.
We need those cherry trees back in schools.
And hospitals. And prisons. 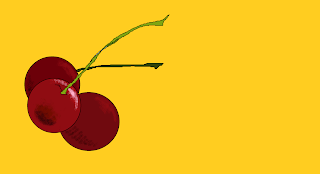 Be sure to bring this up at town halls and election rallies.
Your fellow citizens will appreciate it.
Cherry trees.