WINNERS OF THE CAKE AWARDS

Yesterday evening I realized that one of the main reasons I prefer to hang around mostly in Chinatown, and it's an enormous one, is that because when I speak Cantonese I get treated like a normal human being instead of an unstable loony. My apartment mate and I were discussing the crazy shiznit we've seen on the streets in San Francisco, and I indicated my firm belief that it was overwhelmingly due to a white or black state of mind.
Karen and Crazy Eddy come primarily in those two colours.

And most of the damn' potheads.


If you speak Cantonese, you may be presumed to know how to behave properly, and it is likely you will adhere to civilized standards. If you only speak English you could very well be batshit crazy -- many English-onlies are -- and there is a much greater likelihood that you'll have a dangerous temper tantrum or hallucinations. In San Francisco.

The local Chinese certainly assume that that is the case.

And in all honesty, so do I. 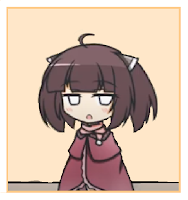 I think that modern American society, especially here in San Francisco, is filled with entitled dickheads improperly raised, insuffiently aware of their responsibility to their fellow citizens, and/or inadequately medicated. That used to be just a New York problem.
Now it's nationwide.